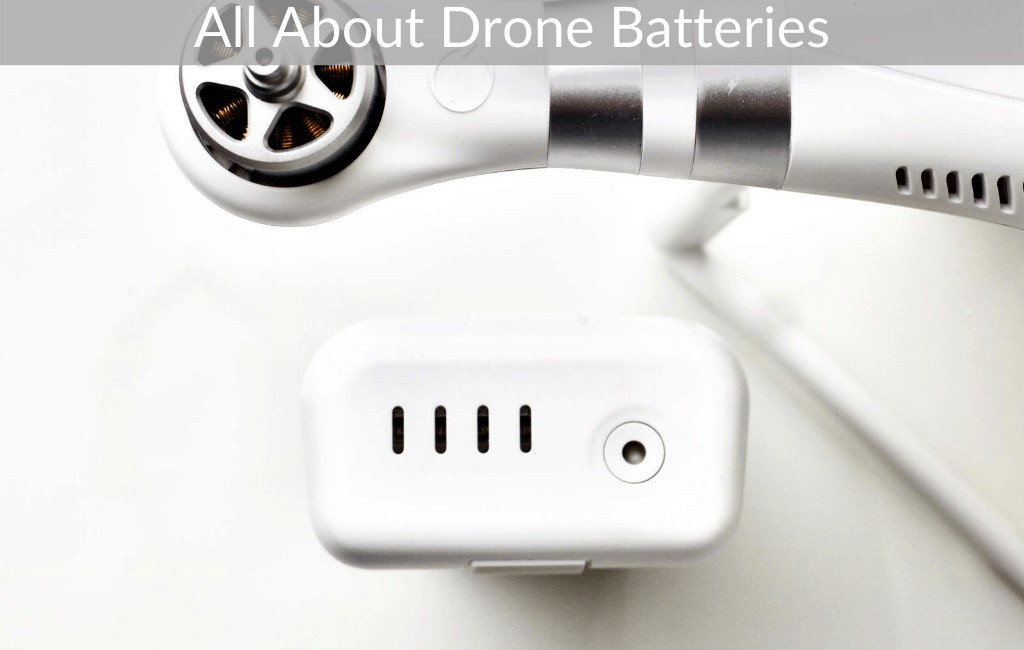 If you are new to the world of recreational drones you likely have tons of questions about drones and specifically about what powers them… their batteries.

In this article we will try to answer some of the most common questions that people have about drone batteries including whether those batteries are rechargeable.

Normal drone batteries will be able to be recharged 300-500 times before the batteries will need to be replaced. Some extremely inexpensive toy drones might use non-rechargeable AA batteries but that is rare.

What type of batteries do drones use?

There are many different drones on the market from micro drones that are incredibly cheap to much larger models that are thousands of dollars. Obviously the types of batteries that are used in these drones will all vary a little bit.

Another variable that you will often see with drone batteries is the MaH rating. The larger the MaH number the more powerful the battery is which in turn means it produces more power and speed than a smaller battery. Of course you can’t just swap it your drone’s battery for one with a giant MaH rating as that could overpower the engine so you have to be sure that the battery is compatible with the drone’s electronics and engines.

How do you charge a drone battery?

Drones have become more and more popular over time and while the popularity has begun to level out, more and more people are getting or using a drone for the first time.

With all of those beginners in the space a common question that we hear is asking about how to charge the drone’s batteries.

Exactly how to charge a drone’s battery will vary from model to model but typically all you have to do is plug the battery into the charger and start charging.

If you have a LiPo battery you will need to use a charger that is specifically designed for that type of battery to prevent the battery from overcharging or overheating. Often LiPo chargers will also have a balancing setting which causes each cell in the battery to charge to the same spot before automatically shutting off.

NiMH batteries are much less finicky in regards to charging so you really just have to plug those in and let them charge.

Are all drones battery powered?

Drones come in all shapes and sizes from tiny micro drones to drones that are used by the government or even commercially to move large shipments.

Recreational drones use batteries almost exclusively (unless someone builds their own gas fueled drone) as that is the easiest way to get the power quickly and efficiently to the motors. Also with battery packs you don’t have as much weight as traditional fuel would have and you don’t have to worry about the fuel sloshing around when making sharp turns with the drone.

It’s certainly possible that in the future there will be nitro powered drones just like there are nitro powered RC cars but the issue with using fuel like that in a drone is all it takes is the engine stopping because it didn’t pull up enough fuel to cause the drone to plummet from the sky!

Can you overcharge a drone battery?

As mentioned earlier in this article, there are a few different batteries that are used on drones with the most common batteries being the NiMH and LiPo batteries.

It is certainly possible to overcharge your drone’s battery if you aren’t using the correct charger for the battery type. If you use the right charger it should have an automatic shut off that prevents the battery from being overcharged.

This is especially important with LiPo batteries as they can easily become damaged and catch fire or explode if the battery gets too overcharged. That is why with LiPo batteries you should only use a charger that is specifically designed to balance and properly charge those batteries without destroying them.

How long do drone batteries last?

If you are new to drone usage or simply curious about their batteries then you have likely asked this question before. The problem with this question is that it really has two meanings, the runtime before the battery needs recharged and the lifetime of the battery.

A drone will typically have a runtime of 30-45 minutes depending on the drone manufacture and other variables. A drone’s battery will have a lifetime of approximately 300-500 charge/discharge cycles.

What that means is that your battery will last for that many uses before needing to be replaced according to the manufacturer. If you don’t store your drone’s batteries properly or if you damage them in a crash then they obviously won’t last that long.

Related Post  Can An RC Plane Ever Break the Sound Barrier?

However, some people have even reported their drone batteries lasting even longer than that so it certainly can vary quite a bit.

If your drone battery has started to swell up or isn’t performing how it used to in regards to power output then it is time to replace the battery with a new one.

How can I charge my drone battery without a charger?

If you are going to be “off grid” and not have access to power for a few days you might be wondering whether there is any way to charge your drone battery when you don’t have access to an actual plugin. Of course this makes it much more difficult but that doesn’t mean it’s impossible.

The only way to really charge your drone battery without a charger is to purchase a power bank or small generator. You will have to make sure that what you purchase has enough power to get you through the time you are “off grid”.

There are a variety of options on the market that range in price from only a few dollars to a few hundred but typically the more expensive the power bank is the more power it can provide. Some power banks (such as this one) are in the middle of the road in regards to price and capacity and will give you approximately 2 full charges of your drone’s battery.

You could also get a little larger one (like this one) for a few extra dollars and get double the power of the one above. Ultimately which one is best for you is a very personal decision.

Hopefully this article has been helpful in explaining tons of questions that people often ask about drone batteries. Each drone will have a different type of battery so the exact details mentioned in this article might change slightly depending on the model however, they should be pretty accurate.