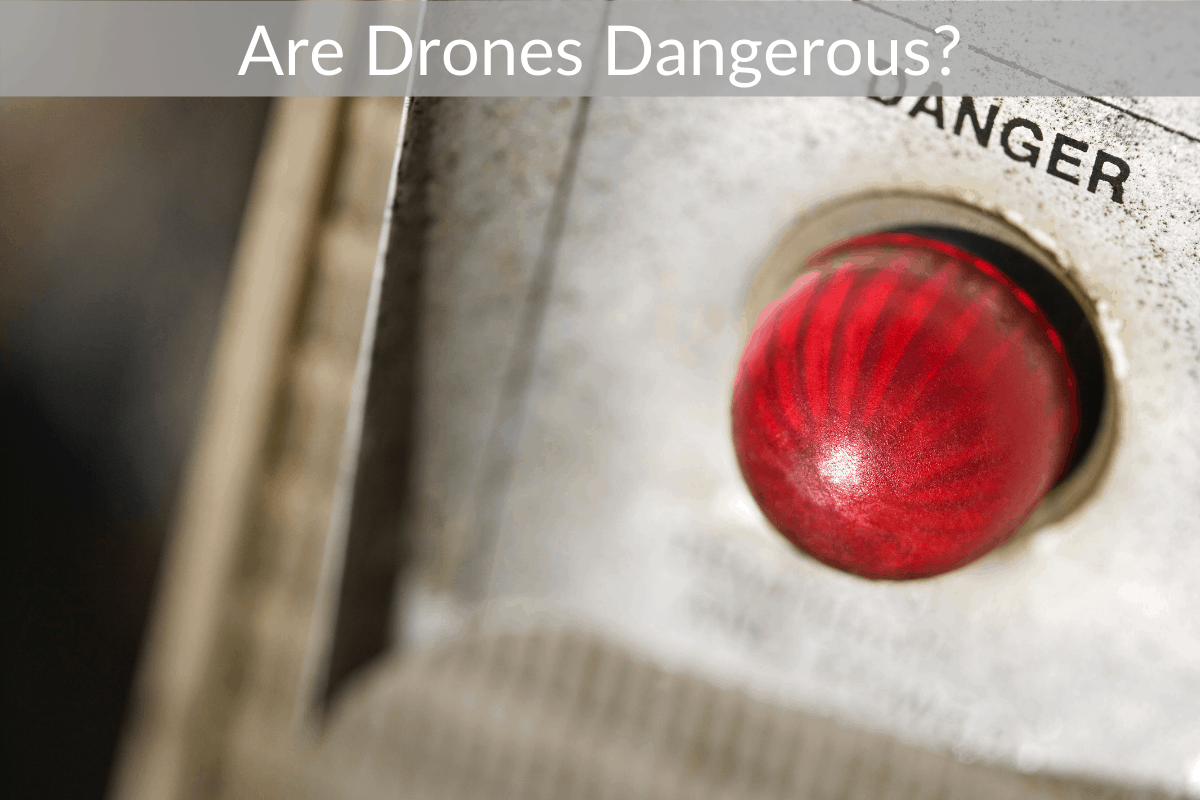 When you think about drones, you do not think about them possibly being dangerous. Most of the time you simply think about how much fun they are to fly and all the cool things you can see by flying a drone . The problem is though that drones can be extremely dangerous if they are not used properly or taken care of.

Not only that, but they have some restrictions to fly near aircrafts. With all of these restrictions, many people want to know if drones are actually dangerous.

Drones can be extremely dangerous if they are not taken care of, or if they are used in an inappropriate manner and flown where they are not allowed. There are restrictions around drones to keep everyone safe, and if they are not followed, then a drone can be so dangerous that someone may even use it as a weapon.

Another risk is for radio-frequency interference between the drones and an actual aircraft. Although this is not something that many people think about, it is a major threat as interference with an airplane or helicopter that is flying can end up with someone dead.

There are also the physical collision risks that are possible between drones and any manned aircraft. This is why the drone’s users have limitations to fly the drones above a certain altitude, as well as around any airports or hospitals.

Evren though drones may be dangerous, if they are used properly, they are extremely fun and many people love flying them. If you are looking for a drone to fly, you can find one by clicking here.

Why are drones problems for planes?

If you are flying a drone, you will need to fly away from any plane that you see. The drone’s user will also need to follow the rules for safety. If they break the rules, they need to pay the penalty for it.

Why do airports close down if there is a drone nearby?

Why are drones risky to airplanes?

Why else are drones dangerous?

Undoubtedly, the drones are dangerous for airplanes, but are they risky for other reasons? Below we will go over other things that make drones dangerous.

Sometimes, a spy team will use the drones out of the board room to take a picture of what they want to know. There have also been some reports of drones that have been used with a transmitter to relay data directly to a firm as it is recording a private meeting. This causes major security problems for many organizations.

The drone damage from a collision may depend on two things. One is the size of the plane that it crashes into, and the other one is the weight of the drone. The heavier drones may cause considerable damage from its forces, shrapnel, etc. If the drone weight is less than ten pounds though, it will not be able to fly as high as a plane. This type of drones is a little bit safer for airplanes as it can’t reach the high height. Because it can’t get up that high, it doesn’t cause any damage to any aircrafts.

Please, don’t think that only the heavy drones can create damage to an airplane though. Even the small and light-weight designed drone can result in a severe problem. A small drone can impact the engine severely and lead to a plane crash the same way a bird flying in the air can. A drone can cause the failure of the engine control and cause millions of dollars of damage.

Drones may also be dangerous when flown around in the woods. This is because you may lose control of your drone and it may crash into the trees. If you crash your drone into a tree and it comes crashing to the ground, it is possible that it may catch fire to the leaves that are around it. Noone wants their drone to cause a wildfire, which is why if you live in a dry area, you should always make sure that you do not fly your drone when there is an elevated fire risk.

There are also rules from the Federal Aviation Administration (FAA), that if any unauthorized drones are found near a wildfire, the firefighting aircraft should land due to security matters. The drones that fly below 200 feet decrease the usefulness of the wildfire suspensions operations. The wind from the drone can allow a wildfire to grow massively.

What types of rules need to be followed by authorized drones?

Although authorized drones have the permission to fly the drones for useful purposes, they need to follow the following rules, even though they are authorized.