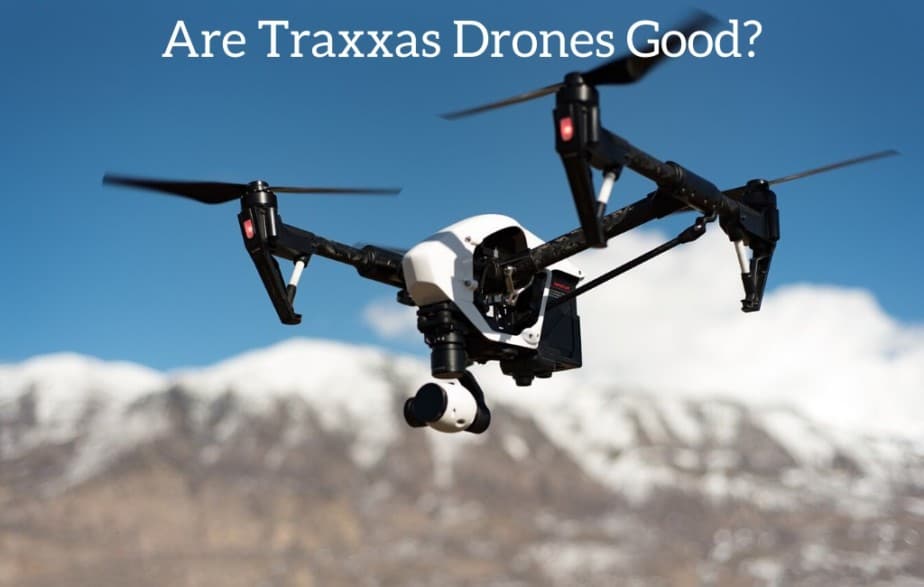 A flying drone is a blast to use and is a hobby that can be enjoyed by people of all ages. If you are new and don’t understand all the jargon, choosing a drone can be difficult. If you are not a drone enthusiast or don’t know anyone who is then choosing which drone is worth adding to your collection can be tricky.

Not knowing what drones are best then you are at the right spot to learn all about them! Specifically today we will be discussing the Traxxas drones, the Alias and Aton.

Are these Traxxas drones any good? Both the Traxxas Aton and the Alias are both considered good drones but the Aton is difficult to find as it is often out of stock on the Traxxas website and has been hard to find. Tha Alias has decent reviews but it certainly isn’t as good as DJI drones.

The Alias is relatively inexpensive when it comes to drone pricing but since it is a considerably older model you won’t get all of the new tech like you would when buying a drone that was released more recently or one that is produced by a company that only sells drones (such as DJI).

Drones are becoming more affordable, and their quality is much higher than it was a few years ago. Today you can buy a drone regardless of your budget, and this is why owning a personal drone is on the rise. If you are new to flying a drone, then looking into a drone that’s under $300 may be better, especially if you are looking to buy one for your kid.

The Alias fits this bill as it is considerably cheaper than $300 but it is lacking a lot of features that newer drones have.

You can see the reviews for the Alias on Amazon here or you can check out the video below for a full review of this model.

Factors to consider before buying a drone

Before buying a drone from Traxxas or anyone else there are some things that you should consider. Each of these are important to think about especially if you are spending a good chunk of money.

The Aton has a pretty high MSRP especially compared to other older drones so thinking about these things is an important first step before buying.

Why do you want a drone?

Before you buy, you must decide what the purpose of the drone is. You may need it to race, get involved with aerial photography or just want to fly for fun. Drones are not all made equal; for instance, just because a drone has a camera doesn’t mean that it will have the same quality images as another drone with a camera. There are selfie drones, professional photography drones, as well as cameras that are only really good for taking a few in flight photos of the scenery.

Knowing what you will use the drone for will help you decide if Traxxas is a good choice or if you should go with a more high end model or a model with more bells and whistles.

You usually get what you pay for when it comes to drones, which means the more the price, the more the features it will have. In recent years the pricing on drones has come down and the technology has continued to go up. It is important to find a good quality drone without paying an arm and a leg for a name brand or features that you don’t need.

Buying a drone that will last you a long time is important but if this is your first drone purchase then you probably want to try and buy a more inexpensive drone rather than going for a higher end model (such as the Traxxas Aton).

Spending over a few hundred dollars for your first drone isn’t very wise as many people will crash and damage their first drones when they are learning how to fly.

Related Post  What Is PID Tuning On Your Quadcopter?

The regulations and laws.

Keep in mind rules and laws that are put in place at your state and  federal level. You should know your drone must be registered with the FAA (if you are in the USA)before its first flight. That is assuming that you have a regular sized drone and not a mini drone that doesn’t fall under the FAA restrictions.

So don’t fly it right away immediately after purchase. A general rule of thumb in flying is never to have your drone exceed 400 feet off the ground and always keep it in eyesight. Not only will this help you abide by the laws but also keep the drone at a safe height and distance in case of an emergency or if you lose control.

If you want to see what can happen if you don’t follow the FAA guidelines then check out the video below of the possibilities of things that can go wrong. The person in the video below isn’t in the USA so they didn’t have the FAA laws but this video is a perfect example of why the FAA has laws in place for drones.

Drone Features that you will want

Whether you are looking at a Traxxas, DJI or any other drone manufacturer there are some general tips that you should consider when thinking about which drone will be the best for you.

It’s crucial to learn about a product before purchasing it to ensure it’s everything you are looking for.  You will also learn more about what features exist that may be interesting to you.

These are a few specific things that most newer drones have that you will likely want on your drone. If you buy an older model some of these might be missing which is something that you have to consider with Traxxas drones since they haven’t released a new model in a few years.

This allows you to keep the drone hovering at the same altitude without you having to control it.

Your drone will likely run out of juice after 20-30 minutes of use. Having an extra battery or two on hand is a great way to be able to enjoy flying your drone for much longer without having to go in and charge it after every single use.

How far away from you a drone can go before it stops working is important to know and an important thing to consider. It is also important to know what will happen after the drone flies out of range. Most drones will have a failsafe where it will go back to its starting point automatically but some companies are much better at getting this to work right than others are.

This is a really cool feature and one that you will likely want on your drone. It is the ability to put the drone in follow mode so that it follows you around. This is really cool if you do outdoor sports like snowboarding, dirt biking, off roading, etc. Having the drone record you while doing cool stunts and tricks is a great way to create some awesome video clips and having a drone that can follow you is a great way to capture these moments.

There are tons of other features that drones have and new features are being added all the time. It is important to know what features a drone has that you are looking at before you decide on which drone is best for you.

In the case of the Traxxas drones, since they are older then they won’t have many of these newer features on them.

When it comes to Traxxas drones both of the models that they have released are good quality and would work great for most people. Since they are considerably older models then you can find some cheaper ones or ones with better features if you buy a drone from a lesser known brand.

Traxxas drones are good but I would not say that they qualify as top of the line as there are other drone manufacturers that have made other, better drones in recent years.

Some of our most favorite drones right now are: