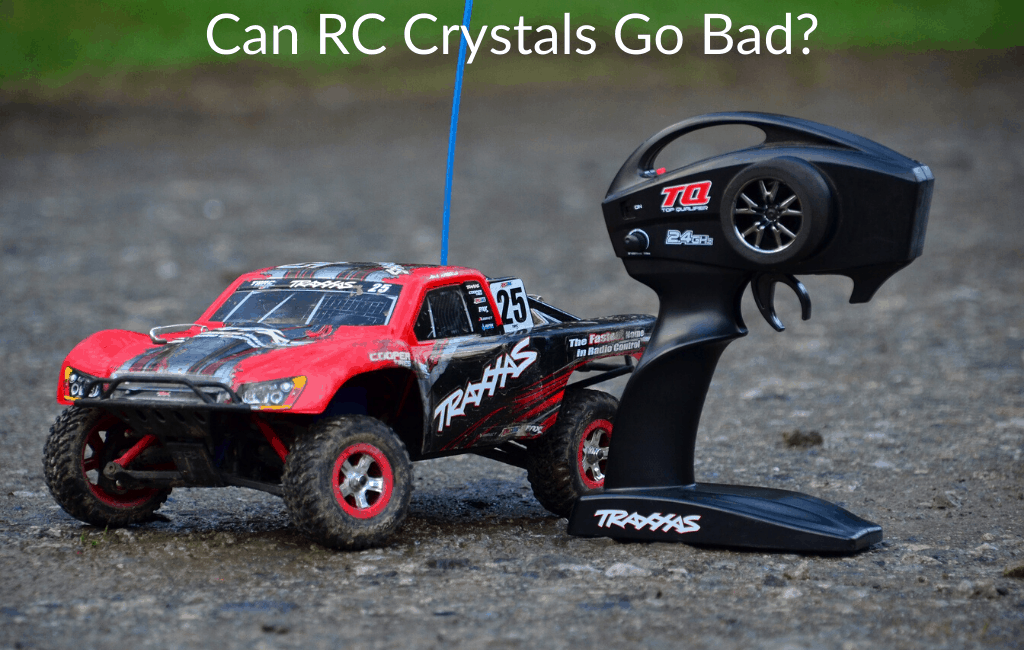 Often abbreviated as an RC, radio-controlled vehicles can sometimes be quite a challenge. Radio-controlled toys, model vehicles (in which the transmitter is held in one’s hand), keyless doors, etc all come under the umbrella of radio operated devices. These machines work based on radio signals traveling from a remote to the device. Once the connection is made, the user (the one holding the remote) can freely control the equipment as long as the radio waves aren’t lost.

Radio control is also used in military and aerospace models to drive unmanned drones and tanks.

Now the RC’s that we will be talking about today aren’t the remotes or things used by the military, we will be discussing the RC vehicles that people use for fun such as RC trucks, cars, drones, and planes.

Each one of those RC vehicles has something attached to the vehicle that is called the RC crystal and that crystal is what allows the vehicle to receive the inputs from the controllers. Since they are extremely important and your RC vehicle won’t work without them it is important to know if they will go bad or not.

In general RC crystals won’t go bad within a specified period of time but they can get damaged by the constant jarring or bumping of the vehicle over time. If your RC vehicle is no longer responding to the remote it is likely that the RC crystal needs replaced if you have already checked the batteries of both devices.

How do RC vehicles work?

First, let’s understand how this process of RC vehicles works. To begin with, a radio control system is composed of a transmitter, receiver and servos. Recently, though, servos are not necessarily bought along with the other components. The different parts receive energy or power through battery packs or individual cells. Some devices, like modern electric power airplanes don’t have their own battery pack to power their receivers and servos. This is because they take power automatically from the motor battery pack through a BEC.

It’s simple. For a transmitter and receiver to connect, it is required that they both have crystals of the same frequency channel. Upon identifying each other, a bond is established and the RC device can then be controlled. The transmitter refers to a device that transmits or sends out these frequency wavelengths. Transmitters are often simply called “Tx”. Receivers are usually called “Rx” and they wait until they can detect the same frequency as theirs in the air before connecting. They then make a connection and the radio-controlled device is ready to use.

It is usually the handheld device through which you can control the equipment (remote) that transmits these signals to the RC car or drone, which has a receiver. The transmitter has a power source- usually, a battery- that facilitates the operation of these controls and the sending of frequency channels.

The talk about channels concerning an RC system can go two ways. This is because channels can refer to two different things in the radio control world. These could be:

1- The frequency channel at which the RC system operates and 2- the number of channels that can exist on an RC system.

All radio control systems have to send out radio signals to work their devices. Radio broadcasting stations do this to connect with people across a region. To connect to several radios in a place, you would need more than one frequency channel so that several RC systems could be operated at the same time. The frequency channel that your radio control system is connected to is called a channel.

Across the world, RC channels have been reserved for testing and radio-controlled models. These are rules under the country’s legislative and therefore, must be abided by. For instance, RC aircrafts operate on their very own set of channels with which no one can interfere, while RC surface vehicles have a separate set of channels.

For instance, in North America, RC aircrafts have a designated number of channels falling into the 2MHz frequency band, from 72.010 MHz to 72.990 MHz. The aircrafts operate only within this span of frequencies, separated at 20 kHz intervals.

The second type of channel refers to the radio frequencies used to attract a radio control model to a transmitter to set up a connection. This process is called modulation, through which the transmitter and receiver pair. These channels are circulated in the form of frequency signals sent out to a receiver by a transmitter.

You can distinguish between these two definitions of a channel through this example: We all probably own a TV. The television in our house operates based on signals received from various TV broadcast stations. These broadcast stations project signals at the same frequency level as your television. This is recognized by the TV and a bond is formed.

This is the connection explained in the first meaning of “channel”. The second meaning of the word lies in the connection between the TV remote and the TV itself. Here, the remote is the transmitter, while the television receives the signal. You can control the television from the remote through options like- play, pause, change the channels, and adjust the volume, etc.

Thus, regarding the second definition, you can control multiple channels of your radio controlled equipment. For instance, on a TV, you can flip from a sports channel to a news channel and countless more.

Channel is also abbreviated as ‘ch’.

What are RC Crystals?

The very heart of every RC device is probably the RC crystals used in them. An RC crystal is what determines the channel or frequency on which the equipment/device is working. Thus, RC crystals facilitate the connection between a remote and its respective radio-controlled gear.

Hence, it is to be noted that the crystals in both the transmitter and the receiver must have the same channel number.

What helps the receiver and transmitter communicate is the piezoelectric effect. Crystals are usually made up of the material quartz. Quartz conducts electricity, and when an electric charge goes through the quartz, it resonates at a specific frequency. This frequency is then transmitted. The receiver’s crystal must also have a crystal of the identical frequency to let the connection function.

It is to be noted that RC crystals are very fragile. Hence, RC crystals can go bad if they were involved in a mishap or accident. They could stop working entirely as the result of a crash or if you’ve mishandled them. A crack in a crystal can simply crash the whole system as they are very delicate. If your receiver stops connecting to the transmitter, this is an indication of an error in the crystal, and you should check immediately.

However, the replacement of crystals is an inexpensive process as compared to purchasing the whole system again.

Sometimes people think the RC crystal has gone bad when I’m reality the batteries just need to be charged or replaced. Since RC crystals work using electricity if the battery is dead in either the transmitter or receiver then that might be the cause of the issue and not the RC crystal.

Ultimately RC crystals don’t go “bad” after a certain amount of time or use but they can get damaged and need to be replaced. If you are careful with your RC vehicle and remote you might never have to replace the RC crystal but if you are quite rough with them they the crystals on both the transmitter and receiver might need replaced eventually.

You will know when the RC crystal has stopped working when the RC vehicle is no longer responding to the commands you are giving with the remote. If you have checked the batteries and are sure that they are fully charged and you are still not getting a response then it is likely that your RC crystal needs to be replaced.