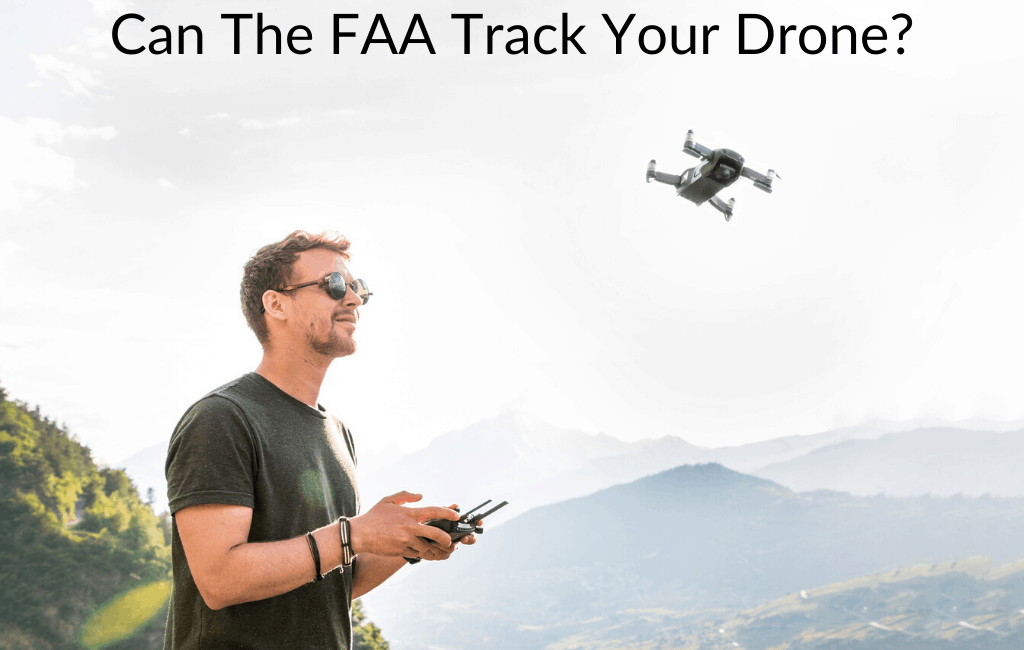 If you own a drone or are looking to get one then you may be a little worried about your privacy. Afterall, now that drones are required to be registered unless they are tiny the FAA already has a lot of information about you and your drone and you certainly don’t want them knowing exactly where you are all of the time.

No one likes giving up their privacy especially to a giant government organization with virtually no oversight!

As of right now the FAA does not have the capability or authority to track your drone but they did propose a change in the rules/regulations at the end of 2019 that would give them the authority to do so but that proposal has not been implemented as of now.

Unfortunately it is likely that in the near future the FAA will have the authority to track drones for the “safety” of others. Whether you believe it is actually for drone and other aerial vehicles safety or not it is important for you to know who or what has the power and authority to track your movements so you can make an informed decision when it comes to using or buying a drone.

To learn more about whether this proposal has gone into effect as of the time when you are reading this article you will want to check out the FAA website to know for sure.

Can DJI drones be tracked?

Because DJI drones are made outside of the USA it has been a concern for many people about whether these drones specifically can be tracked. If the FAA implements the above mentioned proposal then they will certainly be able to be tracked by the FAA but is DJI or other entities able to track DJI’s drones?

DJI currently does not have the capabilities enabled on their drones where the drone’s location is saved or sent to a company or entity but DJI could certainly enable that in future software updates.

Many people have actually called for DJI to track drones by requesting DJI to help locate lost/stolen drones. The issue with that is that if DJI can track your lost/stolen drone that information could also be used for nefarious purposes if DJI happens to get hacked or that private information falls into the wrong hands.

Many people all across the globe have phones that can be easily located if they are lost using tracking technology so it is certainly possible that in the future DJI implements this sort of technology on their drones.

Can drones be detected by radar?

Many people believe that drones are invisible to radar and this is party true. Of course since it is on;y partly true then what part of it isn’t?

Normal radar that is used by airports, planes, etc. cannot see drones which is why drones are required to stay a certain distance away from those places. However, there are some specialty radars that are designed to see smaller objects such as drones.

The main issue with specialty radar like this is telling the difference between a drone and a bird. For example, owls have a wingspan of over 4 feet and weighs around three pounds which is actually LARGER than many recreational drones. As you can see this could quickly become an issue with not being able to tell if something on the radar was a drone or simply a bird.

As technology advances so too will radar so in the future it is likely that drones will be able to be detected by radar either because of the tracking done by the FAA or simply through other means.

What happens if you fly your drone over 400 feet?

Flying a drone over 400 feet high is against the rules of the FAA (in the USA). Other countries have different height requirements for drones but all of them are relatively similar.

For many people knowing exactly what will happen when you fly your drone above the 400 feet mark is an important thing to know. Whether it is an accident or done on purpose knowing what possible repercussions that you might face is important.

As of now there is no way for the FAA or anyone else to know whether you actually fly above 400 feet or not so in reality nothing will happen, assuming that you don’t get caught or don’t cause an issue with an aircraft because of you breaking the rules.

If the FAA catches you violating the height regulation you will be in for some stiff fines and other severe penalties depending on what happened because of your violation.

If you accidentally flew your drone too high and quickly lowered it to get back below 400 feet then nothing will come of it. However, if you completely ignore the rules and are flying thousands of feet in the air and hit an airplane or helicopter then you will face serious consequences for flying your drone too high.

What to do if a drone is spying on you?

With the increase in use of drones so too has the concern over privacy because of these flying machines. Drones nowadays are quite capable of taking good photographs as well as video so using a drone to spy on people is a real concern.

If you are having a drone spy on you your best option is to call the local police. You can also use a fishing net or something to down the drone but be aware that if you do that you can be liable for any damage that you cause.

There are some laws in certain states that make flying a drone on your property a trespassing violation but of course the police would have to be the ones that would issue that citation and they would also have to actually know who the drone belongs to so they could issue it.

If you are constantly seeing a drone hovering outside your window or property but they aren’t over the property line then the police will have a difficult time doing anything about it. If however the drone is a few feet or inches from your windows and is on your property then you would often have some sort of recourse that way.

Drones and camera technology has come so far that honestly if your neighbors want to spy on you they can easily do it from quite a distance away without you ever knowing about it.

Can you track a lost drone?

There is absolutely nothing worse than losing your drone and not being able to find it! You know that it is somewhere close by but when you lose connection it could end up in the water, a tree, or simply hidden behind a bush a few feet away. Being able to track your drone when it is lost would certainly be quite helpful.

A lost drone can be tracked if you have placed a tracker on it or if you have downloaded certain software ahead of time. Most drone manufacturers do not have access to locations for privacy reasons so they will not be able to track down your drone for you in most cases.

Some DJI drones do have a feature called “Find My Drone” which can help you get a general location but it won’t be exact as if the drone loses connection the find my drone feature will only have its last known location.

There are a variety of other apps and software that you can download for other drone manufacturers but in general DJI has the best features so theirs is likely to work much better than the competition.

Privacy is an important thing to consider and it is likely that in the future all drone users will lose their privacy when the FAA begins tracking all drones that are registered with them. As of right now the FAA doesn’t track drones but as concerns about drones and their uses for crime increases the call for more oversight and tracking will likely become so great that the FAA will start tracking them.