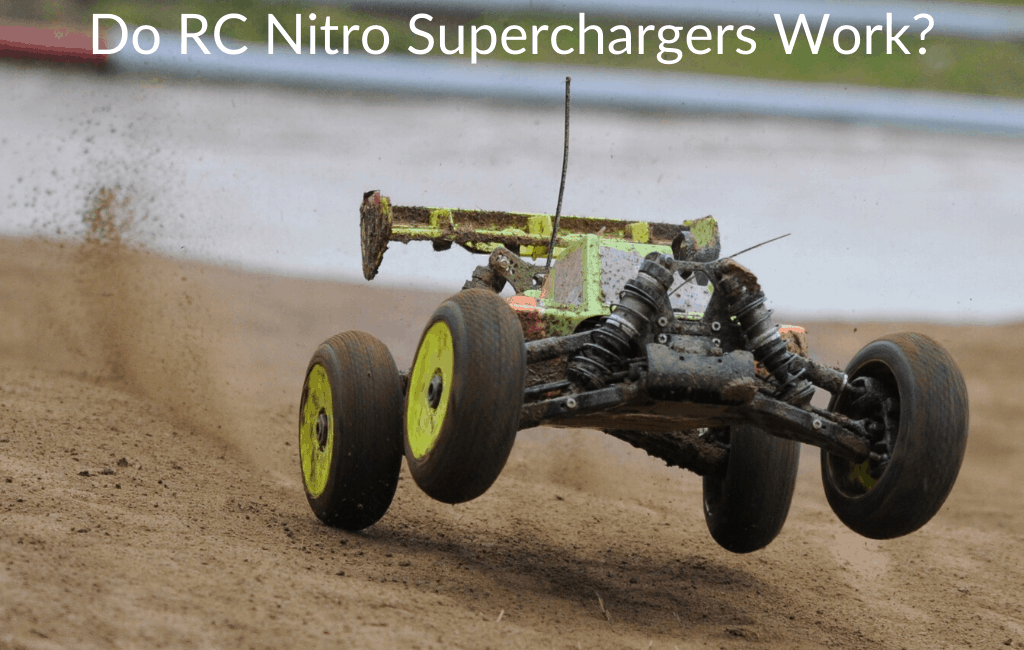 Radio-controlled cars or trucks which are more popularly known as RC cars are miniature models that run with the help of specialized transmitters, controlling devices or remotes and it can be successfully handled from a distance. These cars have been manufactured since the mid 1960s and have gained immense popularity through the years, even as technology has continued to advance.

The growing popularity of these miniature models of cars, trucks and motorbikes gave rise to a various number of road race competitions. Along with the competition came in better designed models as well as better engine types. The use of nitro engines helped make the race much more thrilling by adding speed, noise, and other similarities to real car races. Better shock absorbers were used in these vehicles as well which would provide better control and hold on the race course.

Since nitro RC cars have become used in races more and more people are always trying to get an edge and one item that has popped up on the market is an RC nitro supercharger. Just like a supercharger for a normal car the ones for RC cars are supposed to give extra power, speed, etc. but do they really work?

There has been no proven effectiveness of superchargers for nitro RC vehicles. If you are looking to get more power and speed out of your nitro RC engine you will need to upgrade to a larger motor as the supercharger simply doesn’t work on RC cars like it would on a normal vehicle.

Superchargers simply don’t work on two stroke motors such as a nitro RC engine and will often result in engine failure or other issues rather than helping your power or top speeds of your vehicle.

Related Post  Losi VS. Traxxas VS. Arrma, Which One Is Better?

If you want to learn more specifics about why the supercharger doesn’t work then you should check out this video below.

What is a nitro engine?

Nitro engines generally refer to an RC vehicle engine that is powered with a fuel which is mixed and contains at least a little portion of nitromethane which is mixed with methanol. The composition of this mixture is usually ten to forty per cent. Since nitromethane is a very highly combustible substance, it is only used in specially designed engines and can not be used by a regular automobile engine.

These nitro engines basically run with the help of methanol and are fuelled by it, but for a better performance the fuel is often mixed with a small quantity of nitromethane that works as a performance additive. It is also required to have a glow engine due to the presence of glow plugs inside of them. The glow plug has a coiled structure made up of metal that is provided with an electrical charge that initiates the complete process and ignites the fuel mixture causing the nitro engine to run and propel the RC car.

RC bikes are a preferred choice for motorbike stunt shows because of its powerful engine. Some of these bikes have a nitro engine which provides a boost to the speed of your bike along with many other advantages. Let us learn a little bit more about the nitro engines that are installed in these RC bikes, cars, trucks, etc.

RC nitro engines are considered to be one of the most exceptional engineering marvels, as they can provide thousands of rotations per minute (RPM) within seconds. Compared to regular engines, these nitro engines are very efficient and powerful. A typical nitro engine follows two strokes or two-cycle principles. Nitro engines present in trucks do not have a spark plug  but instead they rely on a glow plug to ignite the air mixture and fuel that is present in the combustion chamber of the cylinder.

Superchargers are an air compressor structure that helps to increase the density or the pressure of the air which is supplied to an internal combustion engine. By the help of a supercharger, we can increase the amount of oxygen that enters the inside intake cycle of the engine. By doing this we let it burn more fuel and do more work, which in turn increases the power of the engine.

There are mainly two types of superchargers that are widely used, which is defined according to the method of gas transfer which is mostly positive displacement and dynamic compressor.  An almost constant amount and level of pressure which gradually increases at all engine speed are delivered by the positive displacement and compressor. The dynamic compressors fail in delivering pressure at low speed and a threshold speed pressure is required which increases exponentially.

There are many people that think that superchargers will give them a power boost and allow them to beat all of their friends but in reality RC nitro engine superchargers simply don’t work. They don’t increase the power (for reasons mentioned in the video above) and you are basically wasting your money by putting a supercharger on a nitro RC engine.

If you want to increase the power, top speeds, or acceleration of your nitro RC vehicle you are much better off to increase the size of the motor, decrease the weight of the body, or change some other similar things. Unfortunately superchargers for RC cars are simply a gimmick that some companies use and newer people to the RC hobby get sucked in by trying to outdo their friends.

If they do happen to beat their friends when they are using their supercharger (which didn’t actually help them win) then it is likely that their friends will think it did so they will go out and buy these worthless superchargers as well and the cycle will continue over and over again.

Superchargers are great for normal vehicles but they simply don’t work with nitro RC cars!