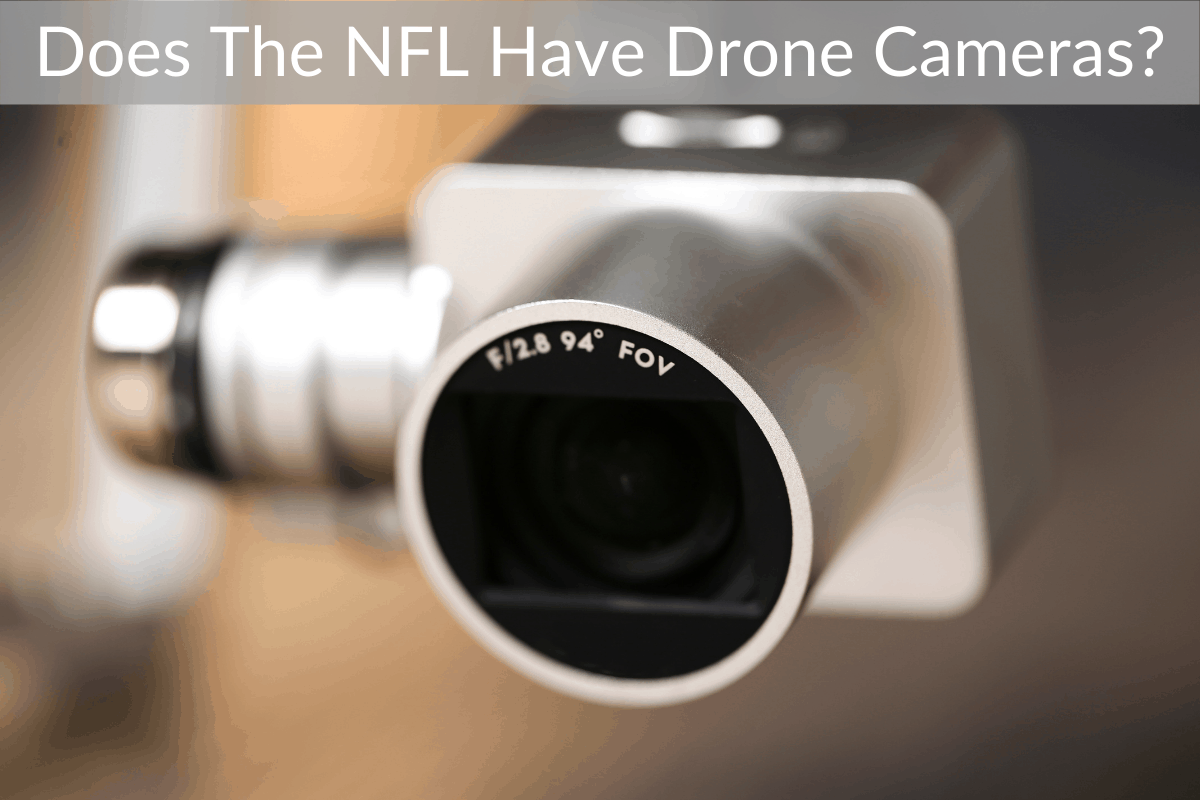 The NFL’s 17-week regular season runs from early September to late December, with each team playing 16 games and having one bye week. Following the conclusion of the regular season, seven teams from each conference (four division winners and three wild card teams) advance to the playoffs, a single-elimination tournament culminating in the Super Bowl, which is usually held on the first Sunday in February and is played between the champions of the NFC and AFC.

So does the NFL have drone cameras?

As technology has advanced, the NFL has updated what they used to capture the games being played. They currently do use some drones to get a better picture of the games, but most of the cameras they use are regular cameras and not drones.

If you would like to know more about whether the NFL has  drone cameras, please keep reading and check out this video!

The Super Bowl remains one of the biggest sports events of the year, and the most popular TV program in America, with millions of people following the games every day.

You must be wondering, how these games were recorded in the early years when there were no advanced technology devices around such as drones.

In the beginning, the NFL used multiple television cameras to record their games, signing contracts with CBS, FOX, and NBC. That was beneficial for all parties, due to the high number of people tuning in to watch the game’s broadcast each time.

One of the biggest inventions that television came up with was Instant Replay. For the first time, it was actually used during the Army-Navy game in 1963, but soon after that, the NFL started using it regularly. Instant replay helped viewers understand the game better and it made the games more entertaining.

It took some time for the NFL to test the instant replay option, and they quickly realized that they needed more, at least 12 cameras to be capable of filming the games from every angle. Finally, they approved and started using instant replay regularly in 1986.

TV also started developing more, making the broadcasts and live games even more entertaining which was beneficial for the teams for commercial reasons, but for the TV as well, due to the number of viewers watching the live broadcasts.

As technology advanced more throughout the years, people were looking for better ways to improve the game broadcasting experience.

First, they came up with a new camera that was controlled by a computer, suspended on cables and operating through 3 dimensions over the playing area. The camera’s name was Skycam which was first used by the NFL for their game in 1984. NBC was the first TV channel to use the remote-controlled camera followed by great success.

The new camera-system got very popular, and it has been used also to broadcast other sports games (NBA, NLH, NASCAR).

As technology advanced even more, the NFL started using drones for their games and practices. Drones were handled easily by remote-control, moved fast and that made them very convenient for the games.

Today, drones are becoming even more popular. They come with lots of good opportunities, for example, during the Pro Bowl Skills Showdown, players test their skills, by attempting to catch balls that drones drop from overhead.

As technology progresses further, there will be more ways to use drones during games and practices, which is going to make it into a more fun and entertaining experience for the viewers and players as well.

To answer the question, whether the NFL uses drone cameras, the answer is yes. Drones definitely add a new style and sophistication to the games, making it a fun new experience for viewers.

In 2018 at Super Bowl 52, during the Pro Bowl Skills Challenge, there were hundreds of drones up in the sky that lit up during Lady Gaga’s show. The drones were programmed to fly together and create images like the American Flag and the Pepsi Co. logo.

Can I Fly My Drone At An NFL Game

According to the FAA’s website and rules, it is strictly prohibited to fly your drone over a major sport event. It is considered illegal, and you risk getting a major fine or even jail time.

One hour before a major sport event starts, the airspace above the arena becomes “national defense airspace”, until one hour after the game’s ending. That means that it is illegal to fly a drone or any other mini aircraft less than 3000 feet above the area.

In this case, only professional certified drones are allowed to fly to record games and practices, or for other purposes.

The NFL uses drone cameras for different purposes, the most important being recording their games and practices in order to see it from different angles and to give it a more sophisticated look.

Before drones, there was the Skycam that had the same purpose and was built especially for sports events. Skycam was a bit different from a regular drone, mostly because it was operated on cables while a drone doesn’t need that.

It is important to know the rules set by the FAA (Federal Aviation Association) when it comes to using drones during major sports events.

The most important of all is using personal drones less than 3000 feet above the sports arena (1 hour before and 1 hour after the game ends), which is prohibited, to prevent accidents from happening (for example, the battery can die due to a drop in voltage and that makes the drone crash into the ground). So if you plan to do that, you will want to think twice, otherwise, you risk getting a big fine or facing jail time.

As time passes, the drone’s technology is going to evolve even more, and we are curiously waiting to see what other possibilities and features they are going to offer in the future.