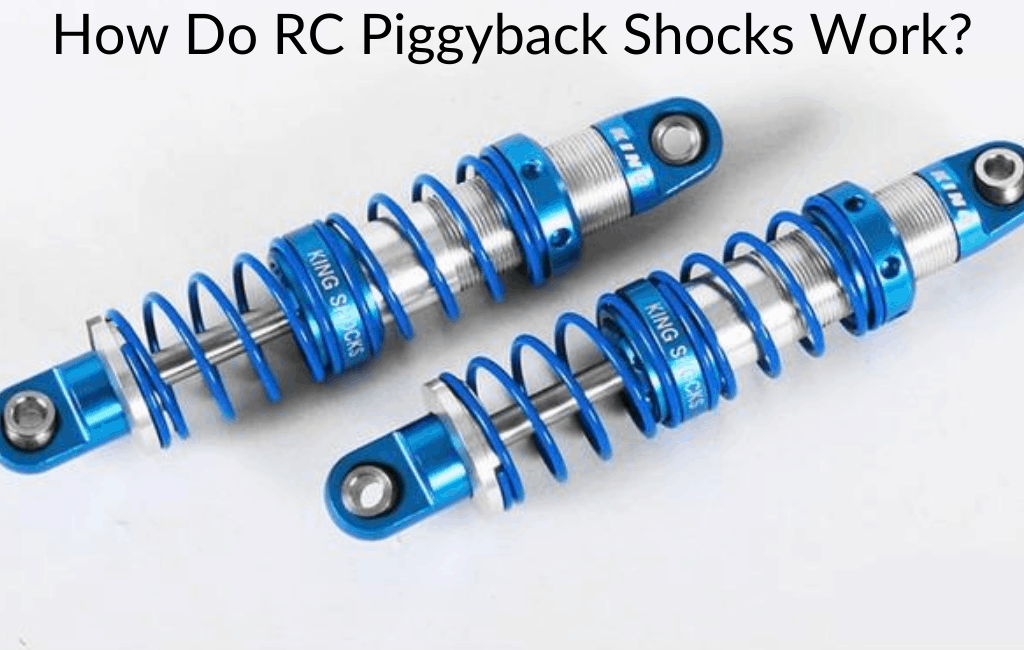 RC miniature models of cars, planes, trucks, and even drones are designed in such a way that they can be controlled by a special type of transmitter controlling device and remote over a distance. First manufactured in the year 1966 by an Italian company, the business of RC car and truck models has only seen a positive response from the customers which has widened its consumer value and sales in almost all countries around the world.

Not just used as a hobby, these RC car and truck models are also a form of a great adventure. Racing games and competitions are a major hit in many countries as it allows the racing and automobile enthusiasts to indulge themselves in a thrilling, adrenaline-pumping competition without the expense of doing it with real cares.

RC racing is not only for fun as an extreme sport but also often offers cash prizes and gifts as an enticement for people to join the races.

When using RC cars specifically over rough terrain or in races the shocks that you have on the RC car are vital to its performance. These shocks are designed to allow you to land roughly and not damage the car in any way.

Piggyback shocks are designed to make your ride much smoother and work by having larger amounts of oil in them which will keep the oil from heating up as fast which will keep it from thinning out while racing.

What are RC piggyback shocks and how do they function?

RC shocks are also commonly called dampers and these shocks play an important role in the handling of the vehicle. The main purpose of these shocks is to dampen the movement of the spring and help to control the damping of the vehicle on different types of surfaces or when landing after a jump.

Related Post  Why And How To Change Your RC Car Tires?

They even help RC cars handle corners much better as well.

It is important that piggyback shock absorbers are oiled generously because if they are too stiff they can be the cause of harshness during your ride and you may suffer a bumpy ride which in turn will cost you time if you are racing and might even cost you the race entirely.

You do have to be careful because if the shock absorbers are too soft they can become mushy and decrease the responsiveness of your ride too. A shock absorber is made up of different parts and it is important that every part works together perfectly so that the vehicle can achieve perfect shock absorption.

Various parts of a shock absorber:

Functions and advantages of a piggyback shock

The main purpose of using a piggyback shock absorber is to increase the performance of your vehicle and increase the responsiveness of your car or truck in regards to the damping. Some of the advantages are listed below:

Choosing the right shocks for your RC car can be a difficult process and the fact that there are all sorts of types as well as brands on the market makes it even more difficult.

Unless you are racing your RC car you will likely be fine with the standard shocks until they break and then at that point you can replace them with upgraded ones if you choose to do so.

Related Post  What Is The Slowest Traxxas RC Car?