A jet engine is a kind of reaction engine that moves a fast-moving jet using jet propulsion to generate thrust. Even though this loose definition may include water jets, rockets, and hybrid propulsion, “jet engine” normally refers to an air using jet engine like a turbofan, turbojet, pulse jet, or ramjet. Also generally speaking, jet engines are combustion engines.

Air using jet engines normally come with a rotating air compressor that a turbine powers with the leftover power giving thrust through the propelling nozzle. This entire process is called the Brayton thermodynamic cycle. Jet aircraft make use of these types of engines for long-distance travel.

Of course with an RC plane a jet engine isn’t used for long distance travel but instead is used to have fun with! Jet engines on an RC place can be considerably more exciting than RC planes with propellers so that is why they are growing in popularity.

One question that many people have when talking about RC plane jet engines is how much thrust that they have. This is important to know if you are building your own RC plane or if you are simply just curious.

An RC plane’s jet engine’s thrust will vary greatly depending on the size of the motor. Some motors will produce 4lbs it thrust while other larger ones will produce up to 40lbs of thrust. The typical RC jet engine will fall somewhere in the middle at between 15-25lbs of thrust.

The thrust of a normal jetliner engine which, in the 1950s, used to be 5,000 lbf rose to 115,000 lbf in the 1990s. In addition, their reliability rose from 40 in-flight shutdowns for every 100,000 engine flight hours to lower than 1 per 100,000 by the late 1990s. Together with the hugely reduced consumption of fuel, this allowed for routine transatlantic flights, by the turn of the century. With older models twin-engined airliners a similar journey would have previously needed multiple fuel stops but now they can easily cross the oceans without stopping at all!

Now, while the above is a description for real-life RC jet engines, genuine RC turbine-powered jets will sound, look, fly, and basically function in the same way as full-scale jet motors although, of course, they’re obviously not actually the same.

We are going to be getting into more detail as to how exactly RC jet turbines work so that you can better understand them. To learn more about how it works without reading the next section you can watch the video below.

To see the most popular RC jets just click here. 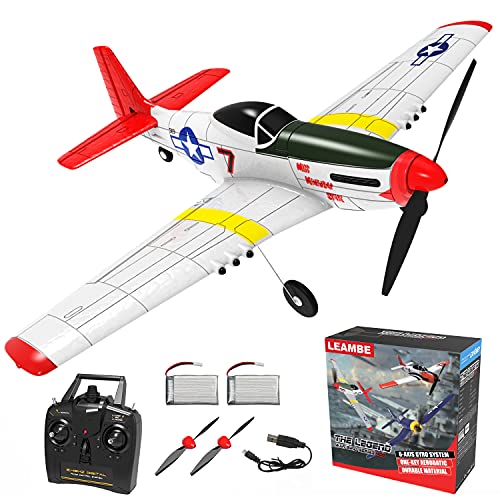 This RC plane is easy to use and comes with 2 rechargable batteries as well as a couple of extra propellers.

Many people think that a decent RC plane will be super expensive but that doesn’t have to be the case.

This model is affordable and is tons of fun to use.

How Do RC Jet Turbines Work?

We’re now going to be looking at the details on how RC jet turbines work, the auxiliary equipment it needs and where you can get one.

As we have already noted, RC jet turbines operate in much the same way as full-scale jet engines. As a matter of fact, they even make use of the same Jet A1 fuel in many cases.

The turbine engine has three different sections: the compressor, the combustion chamber, and the turbine.

The compressor is responsible for compressing incoming air. As a result of this extreme compression that the air has to undergo, it gets heated up in the process. Very high and heated pressurized air then makes its way into the combustion chamber. There is a glow plug in the combustion chamber that resembles the glow plug in a basic glow engine that you would see on a nitro RC car.

As soon as the air in the combustion chamber gets to the right temperature and pressure, a fine mist of fuel is released to light up the glow plug. The fuel then explodes and pushes the exhaust gases through the turbine and eventually through the small nozzle at the jet’s rear from where it goes out. The high velocity that these exhaust gases have produces the thrust that propels the jet.

The Jetcat turbine can have a little electric motor that spins the engine up in order to get the right temperature and pressure before fueling and igniting can go on.

The Engine Control Unit (ECU) which controls the whole starting sequence is the computer that controls both the ignition system and the fuel valves. As soon as the turbine is lit and running, the transmitter takes over control from the computer.

The GSU is connected to the ECU via an LED board. This LED board shows the function that the ECU performs while spinning  up and starting the engine.

RC turbine engines are very easily the most extreme aspect of the RC hobby. These engines typically cost a lot of money and can be even more dangerous. Normally, it would take years of practice and commitment to get the skills as well as confidence necessary to fly a turbine-powered jet.

The aircraft costs a whole different amount by itself too! So, if you’re going to spend all that money on an RC jet, you need to get all the skills you need plus get your confidence way up before investing so much money.

There are cheaper electric RC jet motors that you can purchase to use with your smaller RC plane but larger planes will require these more expensive models.

If or when you’re ready to get a gas turbine engine, here are some places where you can get them. Also, make sure that you’re sitting down before you look at the prices.

While Jetcat RC turbines are actually very expensive, they are about the most popular and probably even the best RC turbine engines you can find on the market.

If you are seriously looking to buy a new turbine engine, BMV Jets offers you a really good bet. Bob Violett, who’s president of BMV, has spent his whole life designing and producing RC jets and equipment. BMV Jets also has Jetcat turbine engines for sale, and they can offer help in selecting your aircraft as well as the power plant.

Generally, speaking of factors to consider before buying an RC turbine engine, the price would be the first thing to consider after its quality.

Seeing as these turbine engines are very expensive, you might want to consider your pocket before picking an option.

Ultimately the only way to know the exact amount of thrust is to look up the information for a specific make and model jet engine.