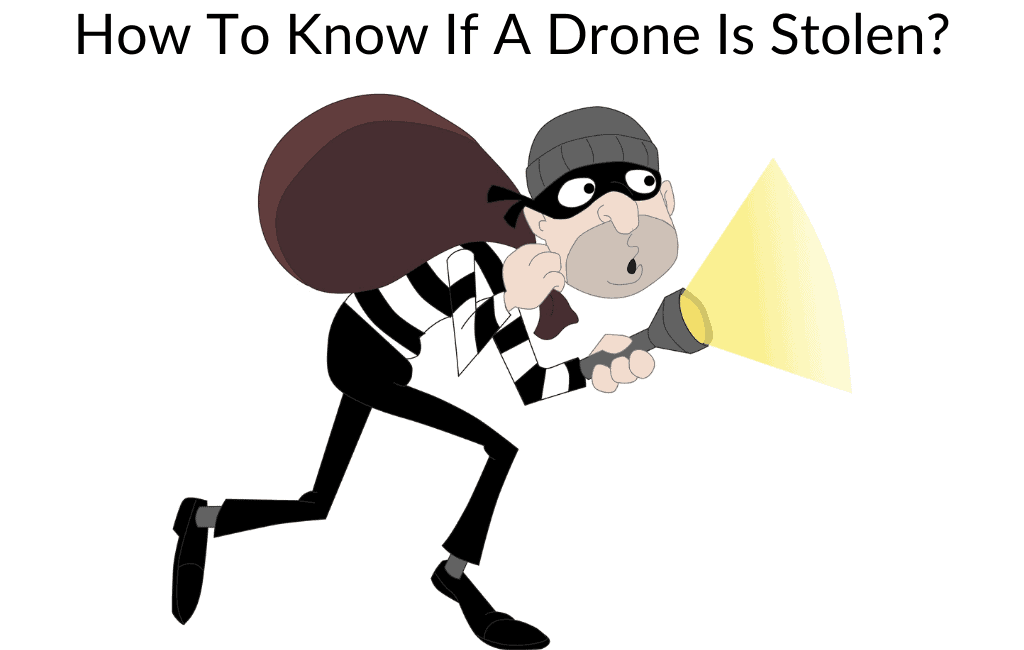 With the blessings of modern science, we have got one of the smartest inventions named the drone. A drone is an unmanned aircraft that can be controlled from a distant place using a remote controller or onboard computer. It has some important databases including model number, serial number and so on.

Unfortunately there is no central database where you can check the serial number for whether the drone is stolen or not. What you can do is contact the local police with the serial number and see if they have one reported as stolen with it.

Another thing you can do to check if the drone is likely stolen is have the person demonstrate it to you. This isn’t a surefire way to know but if they are not able to perform simple procedures and claimed to have flown the drone for a while then this should be a red flag.

Once I was purchasing a lawnmower off of Craigslist and when i went to look at it I asked what the connection was on top of the mower. The connection was designed to clean off the mower deck but the seller told me it was so you could fertilize the lawn while mowing it! Obviously this person had no idea what they were talking about and had likely stolen it.

Related Post  What Are Flaps For On An RC Plane?

Simply asking questions and seeing what the seller says is your best defense against buying a stolen drone until they create a database or make it possible for a drone to be locked when it is stolen (like cell phones can be).

In the future the main manufacturers such as DJI and others will hopefully make a database so these stolen drones can be locked down but as it is now the only way to know 100% sure that a drone is not stolen when you are purchasing it is to buy it brand new from a reputable store.

In the rest of this article we will look a little deeper into what you can do if your drone is stolen or lost to try and recover it to prevent thieves from taking advantage of selling your stolen drone to unsuspecting people.

If you aren’t sure of whether your drone has been lost or stolen you can watch this video below on how to track your drone down if it is lost.

Can you track a stolen drone?

It seems like it should be relatively easy to track a drone down as they are certainly expensive pieces of equipment with many drones running into the thousands of dollars but unfortunately that is not the case.

As of this writing there is no drone manufacturer that allows you to track your drone down once it has been stolen. DJI has a lost drone feature (as mentioned in the video above) but that really only works for lost drones and not stolen ones.

There is a website called Stolen911 where you can post your stolen drone’s serial number or you can input a serial number of a drone you are looking to buy to see if it is on there. This is far from a comprehensive website as only drones that are put on there by the owners will show up but it is better than nothing when buying a drone or if your drone is stolen you can at least have a slight chance of getting it back.

How do I find the owner of a drone?

If you have come across a drone in a park, yard, etc. and are an honest person (thank you!) and don’t want to steal it there are a few different things that you can do to try and locate the drone’s owner.

The next thing you can try is look at the video/camera footage on the drone and see if there is any identifying information on them. Even if you can find a common location where the drone is normally flown or if you can see an image of the pilot that will make tracing the owner down a bit easier.

The last thing you can try to find the owner (again, thanks for not just stealing the drone) is to post on local Facebook groups, Craigslist, Nextdoor, etc. that you found the drone. There will be people out there who aren’t as honest as you so if you have a location or there is something identifying about the drone make sure to have the person who claims it give you some information so you can be comfortable that you are returning it to the right person.

If you are wanting to find a lost or stolen drone then you are unfortunately out of luck. Drones are not able to be traced by anyone including you or the drone manufacturer. In many cases it would be nice to have a tracker on your drone so that way you could find it in the event of an accident or it being stolen but the issue quickly becomes one of privacy.

Do you really want drone manufacturers to be able to tell where every single drone is at all of the time? Do you want a database where people would know when you are at home or when you are out flying your drone?

Making a drone be traceable opens a big can of worms when it comes to privacy and unfortunately that means that you can’t trace your drone when it is lost or stolen either.

There are a few different things you can look at when you are purchasing a drone to try and tell if it has been stolen but the easiest is to simply ask questions and ask to see the drone in action. If the seller is unable to answer some simple questions or doesn’t know how to fly the drone then it is way more likely that it has been stolen and isn’t theirs to sell.

You can also google the serial number as many people list their stolen drone’s serial number on lost sites so those will pull up in a Google search if you type in the make, model, and serial number.