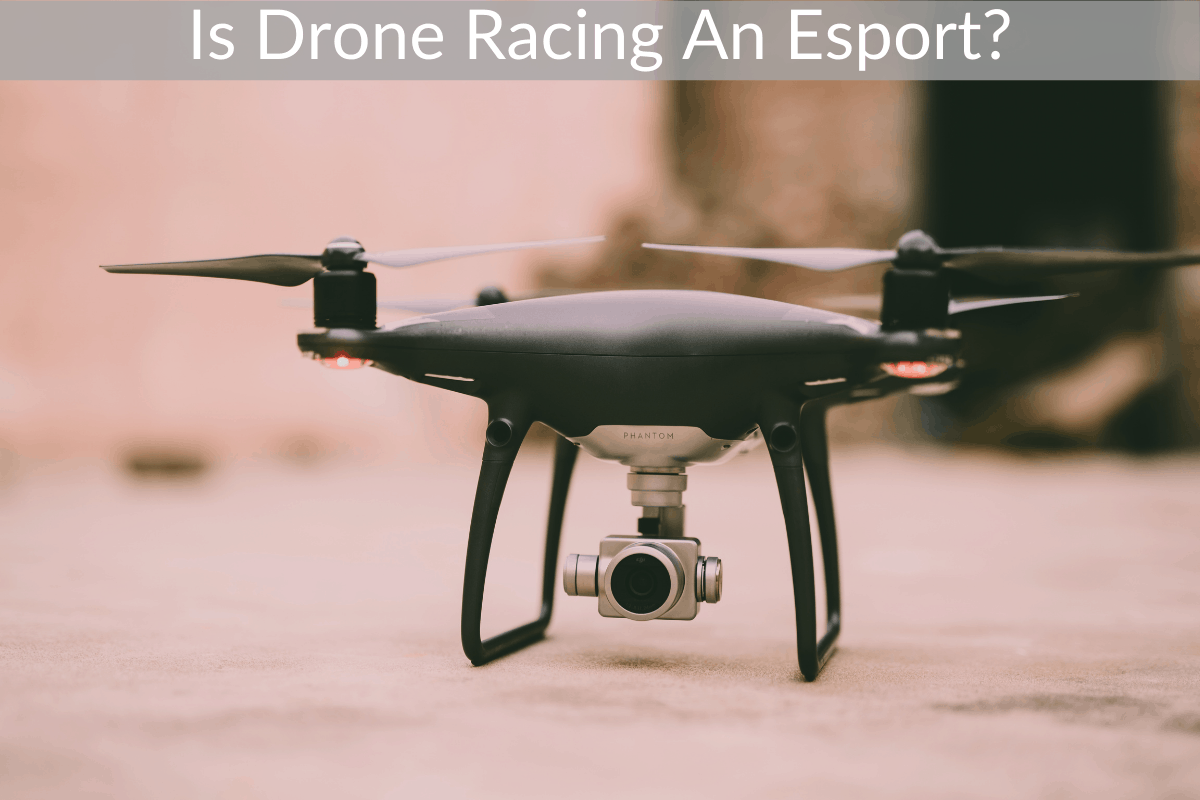 Have you ever purchased a drone and thought about racing it? Maybe you are flipping through channels and just witnessed your first drone race! Well, now that you are hooked, I’m sure you are wondering if it is an Esport. Well, in this article we will go over everything you need to know about drone racing and if it is an Esport or not.

So, is drone racing an Esport?

Although both drone races and Esports are televised, drone racing is not an Esport. This is because Esports are only video games that you people play against each other and not actually games or races in person on actual courses like with drones.

If you want to check out our top drones for racing, you can see them by clicking here.
You can also keep reading this article to learn about drone racing and Esports.

Drone racing is an activity from which the racers like to use a headset, controller, and quadcopter with a mounted camera to compete against the competitors. Although it is fun, it is nor televised as most Esports are. FPV (first-person view or first-person video) is a type of sport where the applicants control the radio-controlled aircraft or quadcopters typically known as drones. The drones are provided with cameras while wearing head-mounted displays offering the live stream camera feed from the drones. Like the other aircraft competition, drone racing aims to fulfill the goal as soon as possible.

Drone racing started in Australia in late 2013 and early 2014 in Brisbane and Melbourne. Undoubtedly, drone racing is a highly competitive racing sport. The master pilots run the drones via three-dimensional courses at a higher speed up to 120mph. The racing displays a live image conducted by a large camera.

Related Post  Why Are Drone Flight Times So Short? 4 Reasons Why

Esports states the world of competitive and well-planned video gaming. The competitors of various leagues take part in the same game. The Fortnite, League of Legends, Call of Duty, and Overwatch are the names of  Esports. The Esports games can be watched online and TV by the fans all over the world.  Esports is nothing but a form of a competitive video game. The professional, organized eSports team may compete for the video games by taking part in their home. They can entertain their fans through Twitch and YouTube live video streaming. Officially, Esports stands for competitive gaming with tournament-based structure and cash prizes.

Why is drone racing, not an Esports?

Now that you know drone racing is not an Esport, you can see from all of the reasons above exactly why they are so different. One thing you need to remember is that drone racers fly the drones like an aircraft in real-life situations. They sometimes have to face multiple hardships to fly the drones in challenging places. Esports players on the other hand play by staying at home and simply broadcasting their gaming online.

No matter if you prefer to race drones or be a part of Esports, there is always a place for you. Both of these things take tremendous practice to be good at them, and they are not something you can just pick up and be a master at in one day. It takes dedication and determination to fly drones as well as play Esports. Maybe one day drone racing will become an Esport, but for today, it is not.