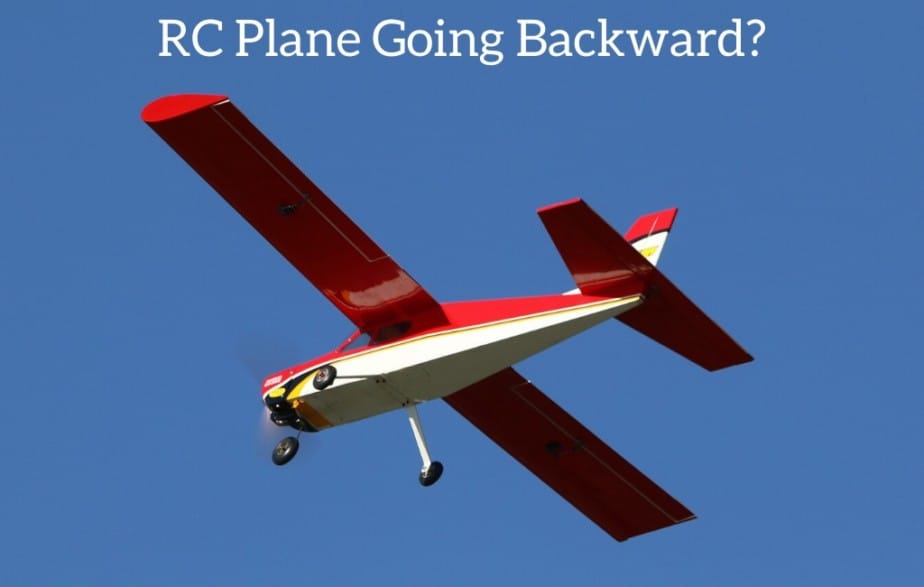 I just finished assembling my new RC plane and was excited to take it out for a spin. As I was doing a pre-flight check to make sure that everything was working the way it should, I gave a push to the throttle, and the plane went backward. Who knew planes could go backward? And what the heck did I do wrong to make this happen?

What do I do when an RC plane is going backward? The only way this could happen is if the engine is spinning in the wrong direction for the type of propeller you put on the plane. If you want the plane to fly forward, you will either have to change the way the motor turns or put on a different propeller. If you fly Air Hog planes, then this could also be a battery issue that can be fixed by reversing the polarity of the battery.

You are not going to be able to get your plane to actually fly backward without majorly altering your plane, but you can have it moving in the wrong direction if the propeller isn’t properly matched to the motor. Once you understand the difference between propeller functions, you can properly diagnose your issue and make the corrections needed to get your plane into the air.

Propellers are made to either push or pull the air over the wings of the plane. The main difference between the two is the direction that they need to rotate to make your plane fly. The benefits of one over the other are minor and mostly aesthetic, but the use of one over the other will greatly affect the design and functioning of your plane.

A push propeller needs to rotate counter-clockwise when looking from the front of the plane. People who use push propellers with a traditional placement feel there is less chance of damage in crashes because the propeller is in back.

Motors vs. Engines and Direction of RC Plane Flight

Propellers are only one half of the equation. To understand how your plane moves, you also need to know what you are using to turn the propeller and what its capabilities are.

Is Your Air Hog Flying Backward?

Moving backward isn’t just a problem in traditional RC planes. Many flyers of Air Hogs have run into similar problems. Since these planes come fully built, it isn’t an issue with the wrong propeller and motor. It actually turns out to be a weird quirk with the battery.

If you fly Air Hogs and have run into issues with your plane suddenly moving backward or opposite the directions, you are sending it; chances are you haven’t flown that plane in a while. Your issue has likely popped up after having been in storage.

It seems that with these planes, if you drain the battery almost to empty and then put the plane in storage for weeks or months, the battery will reverse its polarity when charged again, causing the motor to spin the propellers in the wrong direction.

It is a similar problem to those flyers of planes with electric motors. And, in that way, the fix is similar as well. Here’s what to do:

In short, if your remote-controlled plane is flying backward, there is no reason to freak out or worry about costly repairs. This isn’t a major problem at all. It is most likely just due to an oversight on your part when putting your plane together. So, it’s easily reversed.

If your Air Hog is going backwards that is a common battery issue that can simply be fixed by swapping the wires that run to the propeller.