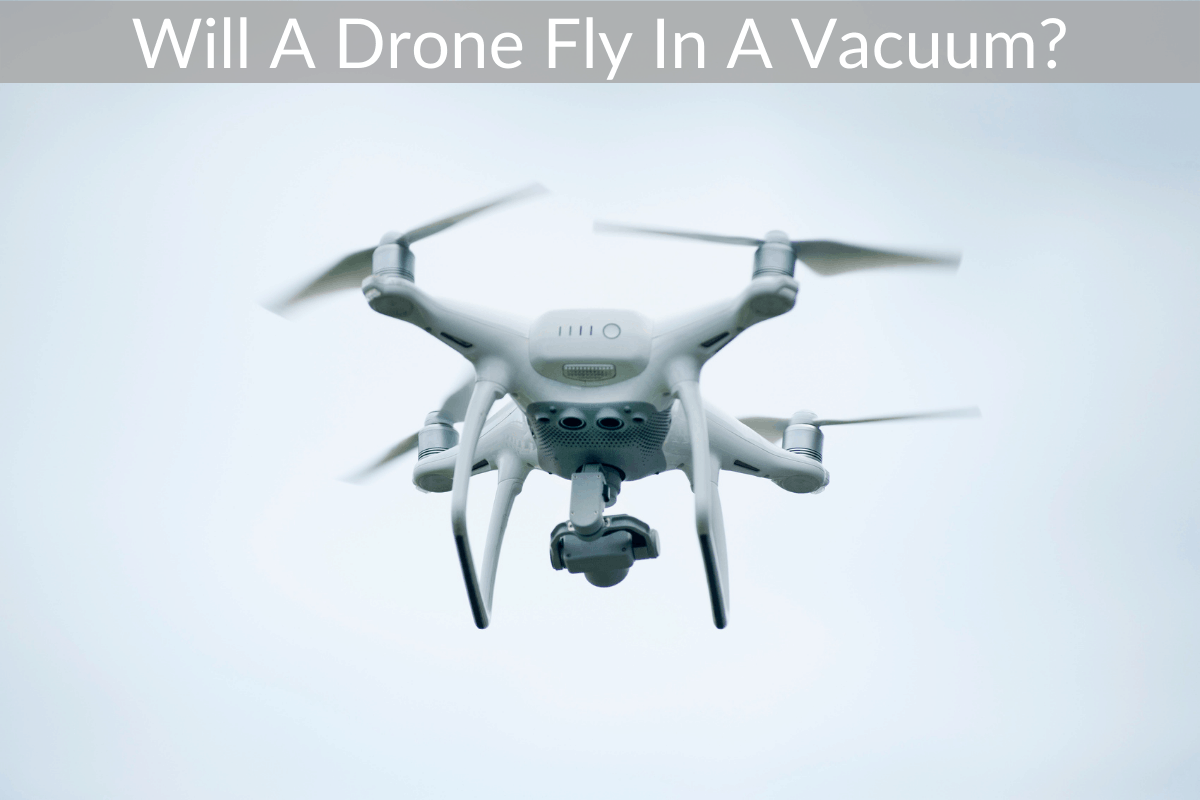 An unmanned aircraft is typically known as a drone. It’s one of the greatest spectacular inventions of the modern and innovative era. An aircraft that can fly without a human pilot or onboard computer is called a drone. It can fly smoothly. It is controlled by a remote controller and a mobile phone device.

From the start of the first drone, it continues to attract its consumer’s eyes and is still captivating. At first, users can drive it in only dry and perfect weather, but after some great configuration, now some of them are capable of flying in wet weather as well.  In this article we will go over everything you need to know about drones and them flying in a vacuum.

So will a drone fly in a vacuum?

Although many people have tried, the truth is that drones are unable to fly while they are in a vacuum. This is because they need air pressure to operate and work properly. There is not a drone or any aircraft that can operate in a vacuum for the same reason.

If you want to see some of our favorite drones, you can find them by clicking here.

If you want to know more about drones and them flying in a vacuum, you will want to keep reading this article. You can also check out this video to see a drone trying to fly in a vacuum.

What is a vacuum?

The word vacuum means free space. It is the space in which gaseous pressure is lower than the normal atmospheric pressure. The condition which is entirely devoid of the matter is called vacuum. In a vacuum, you cannot be able to feel any sense and will seem to be wight less. It is like the space condition. Today, you can see the use of a vacuum has increased and many people have been able to create their own mini vacuum area in their home or garage.

Drone flight in a vacuum

The drone flight is connected with three major components. One is the drone itself. The two others are the remote controller and mobile device. Using those, a drone can fly in the sky. When a drone flies in the sky, it creates a great scientific picture. It follows the Newton law during its flight. When you are ready to fly your drone in the sky and your drone takes off, it creates pressure on the air. Every aircraft follows this system.

The created pressure is much higher than a drone though. In this sense, if there is no air in the place where you are trying to fly your drone, then it will not take off. If you want to fly something, then it is necessary to have something there which can create opposite upward pressure. Otherwise, it is impossible to ever have anything fly in the air. This is why if you try to fly a drone in a vacuum, it will not work. It won’t be able to fly because in the vacuum, there is not any existence of sufficient air pressure. Because of this, there will not be any opposite pressure and your drone can not be capable of flying. The natural insects also cannot fly in any pressure less space.

A drone can fly in a space where sufficient air pressure is available. Any flying object uses air to get lift toward the sky. Following that principle, the drone also uses air upward pressure. At the start, a drone cannot be able to fly at a long height. It can only fly closer to the ground. As the needs of a drone are boosted with time, manufacturers are also trying to modify its features to come up with a new better drone. They are thinking of getting more facilities from a drone.

As this happens, you can see the height of flying limitation is also improved. Today, you can fly a drone nearly 400 feet to 500 feet. The United States allows you to fly as high as 400 feet. Moreover, the European Union has extended that limit to 500 feet. There are some issues which have restricted drones flight though.

You must be conscious of the obstacles where you are flying your drone. You should fly your drone where any trees, buildings and high towers including electrical mobile towers have not existed. Otherwise, your drone will be stuck with those obstacles and get damaged. Some drones are designed with an outstanding autopilot program. This helps its user to have comfortable control over the drone. As you can see the exact position of your drone through GPS and video stream, you can fly it anywhere you like. You always need to be conscious of the visual position of your drone though.

There are some laws to keep drones under a certain height to prevent any interaction between other aircraft and UAVs. Again, you must also be aware of some places like the airport. You will also not be able to fly close to people or stadiums. So that means there is some limitation in flying a drone in the sky. Despite those, there are many fun places available where you can fly your drone. For its special high-quality camera and capturing quality, it is captivating people’s eyes brick by brick. This is why the use of drones has become bigger as time has gone on.

Can drones fly in wet weather?

Although most drones cannot fly in wet weather, some newer drones do have the capability to fly in rain as well as some will ever be able to take off from a pond or lake. For the most part though, drones will not work in rain as water can get into its several parts and will damage the drone. The Phantom series of DJI has come up with the solution to this problem though. It is designed with some special features including a special high-quality camera, advanced propeller, and a wetsuit that makes it work in the rain.

For having a wetsuit, it can fly anywhere in any weather. For the extraordinary function of the wetsuit, it prevents water from getting into the parts of DJI Phantom 4. As a result, it can fly in wet and damp weather.

The range of flying area of a drone is quite large, but it has some limitations also. Although drones today can fly upwards of 400ft, if they are in a vacuum, they will not be able to even lift off of the ground. This is because they need air pressure in order to fly upwards and create that downward pressure to propel itself into the air. Because drone technology has come so far, it is possible that sometime in the future we may see drones that will be able to fly in a vacuum though. For now though, we will continue to wait and use our drones not in a vacuum.