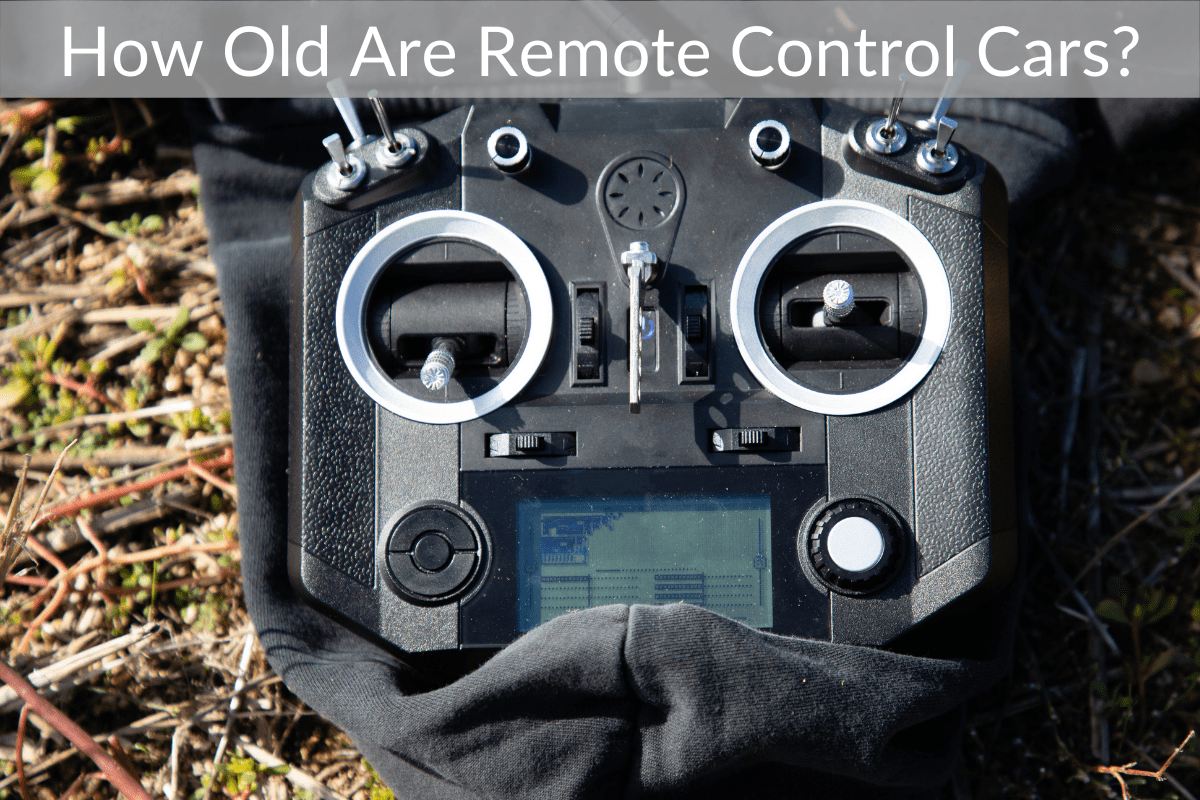 A remote-control car is a tiny car specially used as child toys or as a hobby (for some of the more expensive models). These RC cars can be controlled from a distance using a transmitter/remote. Radio waves control the motion of the car, and how fast or slow it goes.

There are several types of remote-control (RC) cars that are available on the market including RC cars, RC trucks, RC buggies, RC kits, and even nitro-powered RC cars. These vehicles were first invented in the 1960s.

In 1966 an Italian electronics company created one of these models for the first time.

Nowadays, there are actually quite a few different models of remote-control cars available beyond just the types mentioned above. There are essentially two main categories when it comes to RC cars. Those are toy-grade RC cars and hobby-grade radio control cars.

One can find different models of hobby-grade RC cars like electric, nitro-powered, and even gasoline-powered.

Remote-control vehicles have quite a unique origin. They were created for the first time in 1966 by an Italian company. The company was known as “Elettronica Giocattoli (Ei-Gi). The first RC car was a nitro-powered Ferrari 250LM. However prior to that there were many other items that were controlled using remotes that were a precursor to this vehicle.

This RC car made in 1966 was the first one that was made for hobby or recreational use and was really what spawned the modern day RC car hobby.

The RC car has a great history of its invention. Apart from the first one, it was available in the UK in December 1966 through importers. After that, it was also available in Swansea through Atkinson’s model shop. In 1968, at the Milan toy fair, it was shown for the first time. The presence of remote-control cars became possible because of the continued development of radio control.

Before that time, the radio wave was only used for aircraft or boats but from then on, it was also used to operate these small cars.

A British company named Mardave began to produce RC vehicles commercially and their first RC cars were nitro-powered or gas-powered. In the early 1970s, they started to sell these cars in the local area.

After that, in the 1970s, some small US firms continued to create several different commercial products. Most of these were associated with electrics, thorp, dynamic, Taurus, delta and Scorpion. These were 1/8 scale nitro-powered aluminum flat pan cars that were powered by a 0.21 or smaller engine.

In 1973-74, a US company named Jerobee created a 1/12 nitro car by using a Cox 0.049 engine and more than 54,000 units were sold. Jerobee evolved into Jomac and produced its own electric kit called “the Lightning 2000”. They won the “ROAR” National championships using that car.

Interest in 1/12 scale electric racing started to grow faster among 1/8 scale racers. A winter national series was developed and a large number of cars began to appear. At that time, electric RC cars were possible through revolutionary development of batteries and specifically the Nicad rechargeable batteries that were used in these models.

In 1976, a Japanese firm called Tamiya released a series of on-road car models and though they were quite expensive to buy, they still sold rapidly. Tamiya was the first firm to release off-road buggies as well and RC cars were no longer restricted to smooth surfaces and were ready to drive virtually anywhere.

Tamiya continued to produce off-road vehicles because of some special features they offered.

These vehicles had more powerful motors, textured rubber tires, and stylized bodies. Their models were realistic, durable, capable of being modified, and easy to repair. Because of the contribution of Tamiya, the remote-control car hobby began to become more popular and advanced. They have great significance in creating what has become today’s remote-controlled car market.

There are several types of RC cars available on the market today and these types are all different in shape and size. Their operation is relatively similar in that you control them with a remote but some of them are designed to be used on tracks while others are for off-road use. Some are also produced solely for power and others for speed, tricks, and even stunt jumps.

Related Post  RC Car Won’t Turn? Here’s What to Do

RC cars: The standard RC car is a great beginner vehicle. It can be driven over pavement or through the  dirt. They will typically have a hybrid off-road tire and suspension as well.

RC Trucks: RC trucks are great for stunts and big jumps. It has an increased suspension and it can be driven on pavement but is more often used in parks, beaches, and other off road locations. One of the big issues with this type of vehicle is they are typically quite slow in regards to acceleration. However, some of the newest models are geared so they can accelerate fast and also have great top speeds.

RC buggies: RC buggies are really simply a combination of remote-controlled cars and trucks. It was developed after the invention of both the RC car and truck and is primarily an off-road vehicle. Usually, you will see a mixture of trucks and buggies in major  off-road races.

RC Monster Trucks: Different RC cars each have a different function. If you are thinking about an RC car with great muscle, then you can choose an RC monster truck. They are truly popular for their heavy body so you likely won’t be able to win any races with them but you can run them over rough terrain and even large obstacles.

Rock Crawlers: RC rock crawlers can accomplish some amazing feats and they are really in a category of their own. They are not as big as monster trucks, but they still have amazing power and suspension. They do their job through raw power and great design and they can easily conquer dirt, gravel, mud, snow, sand, ice and uneven terrain without any issue. The operator has to be dedicated though because it’s not easy to run rock crawlers smoothly. Maintenance is also essential to keeping them running smoothly.

RC cars can vary quite a bit from model to model but although they have some differences, all of them have the same basic qualities. When you go to buy an RC car there are essentially two main categories that you have to choose from first. Those are toy-grade and hobby-grade RC cars.

Related Post  How To Charge An RC Helicopter Via USB

Toy-Grade RC cars: Toy-grade RC cars are generally designed with a focus to lessen production expenses so they can be sold cheaply as well. This means they are generally made with cheaper components but once anything breaks you will simply throw the entire vehicle away in most cases. Their top speed is usually 5-15 mph and these RC cars are specially marketed for children.

Hobby-grade remote-control models: Hobby-grade RC cars are designed with considerably more expensive components which in turn means they are also more expensive to purchase. However, when it gets damaged you can easily change out parts quite quickly without spending much money at all. Some of these models are produced as ready to run (RTR) right out of the box while others are made where you have to assemble them. The growing popularity of these RTR vehicles encouraged many manufacturers to lessen the production of kit vehicles but they can still be purchased from the more high end brands. This hobby grade RC car has various models like electrical, nitro-powered and even gasoline-powered models. These are the most sophisticated and enriched models of the modern age.

There are various forms of the car that have been invented over the years and some of them belong to the pre-modern age but remote-control cars really only belong to the modern age since they weren’t produced in volume until the 70s and 80s.

The popularity of RC cars and RC vehicles in general has continued to grow over the years but many of the same companies that have been around for decades (Traxxas, Tamiya, Redcat, Losi, etc.) continue to produce amazing vehicles today.

Where RC cars will go in the future is anyone’s guess but if I had to bet on it I would bet that RC cars will be around to enjoy for many decades to come.