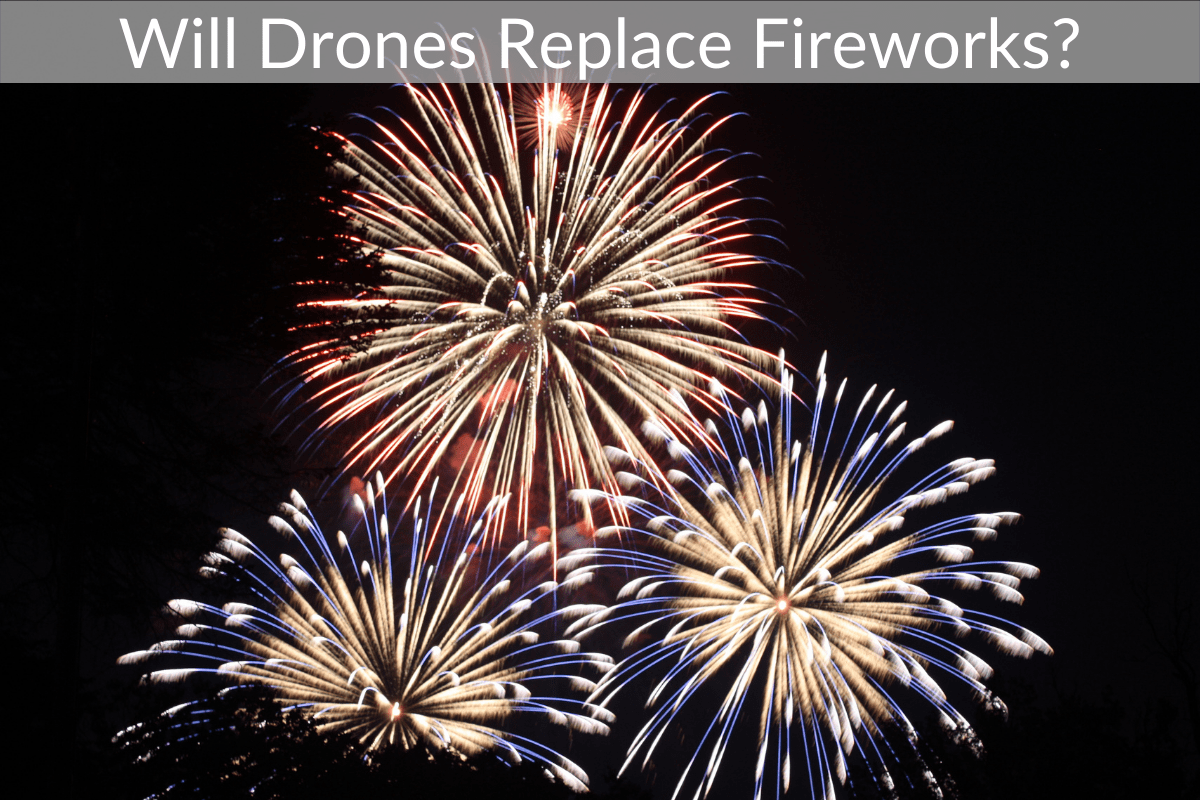 So will drones replace fireworks?

Although drone lights are extremely futuristic, at this time they are not capable of actually replacing fireworks. This is because of the cost of drones and the lights compared to the cost of fireworks. Many people love to celebrate the 4th with fireworks, and most of those same people cannot afford drones for light shows.

If you want to know more about drones replacing fireworks, you will want to keep reading this article. To see some of the best seller drones currently available on the market you can click here.

Where did fireworks begin?

China is the place where fireworks originated and it is where they are trying to use the alternative for fireworks. They have been experimenting a lot on using drones as the new alternative for fireworks. They have been experimenting on drones to be used to curb the pollution caused due to the fireworks. The companies working on such drones have made great progress; Intel, for example, has created a range of shooting star drones made especially for such events. This trend has spread to other parts of the world. Many factors that strongly suggest the fireworks might be a thing of the past.

The opening ceremony of the Pyeongchang Winter Olympic Games in 2017 was supposed to start with a drone light display conducted by Intel. This was unfortunately not possible due to the strong winds and freezing weather at that time, so they had to go with a recording of the training

One can argue that these accidents might be caused due to the careless usage of fireworks in the house and that it does not happen in public shows. This statement can be true to a certain extent, but there have been cases of public firework displays going out of hand. For example, a public display in Edinburgh, Scotland in the year 2012 caused a fire, and other shows had been lit entirely at once due to malfunctions. Even though most of the people attending the event escaped, some people have been injured.

The concern of public safety as in the case of fireworks is nearly absent in the case of drone shows. There can be situations of accidents in which a drone might go astray and can cause harm to the public, but this is a condition with a very low probability as compared to that of fireworks.

In 2018 some states in the United States banned the use of fireworks during the fourth of July. This ban had increased interest in digital fireworks. States like Arizona, California, and Colorado have shifted to the use of drones during the festive season and intel drones are pioneering in this field.

There has been a rising concern over air pollution and the changes in the climatic conditions. This has forced the organizers of various events to find new environmentally friendly ways to conduct various events without causing any dent to the visual appeal. China had banned more than 400 cities from using fireworks due to the smog created by the fireworks. The use of fireworks during the Diwali time in India causes the cities to be filled with smog for at least a month.

A drone, on the other hand, doesn’t have this problem. It is an environment-friendly solution to the problem. It does not cause noise pollution and is also reusable. The people who are sensitive to noise pollution can also enjoy the light shows by the drones.

The ways in which the firework display can only be planned to a small extent and there are not many customization options available in it. A firework show requires a lot of effort and time to create the perfect show.. This can be very frustrating for the creators who want to impress the audience with a great show.

Drones, on the other hand, provide a wider variety of options for customization. There can be several led light variations that can be created and various designs and even names can be displayed with the drone lights.

The traditional firework displays are cheaper than the drone light shows, but one big downside is the fact that they are not reusable. The drones are much cheaper over time as compared to the fireworks as they are reusable. Drones are made up of plastic and electronic components and they are reusable too. The drones can create a very wide range of colors as compared to those of the fireworks.

The initial investment in drones is much more as compared to those of the traditional fireworks though because of the sophisticated technology that is involved in the system. The software and the hardware required to coordinate the movement between the drones is complicated to develop as well. The good thing is that once it is developed then it can be reused every single year over and over. They can be used to create any kind of pattern as the mind can imagine.

Related Post  Why Do RC Helicopters Have Two Rotors?

Digital fireworks cannot produce the same effects as traditional ones. Some portion of the population has grown used to the burning smell of the gunpowder, the visual and sound effects of the normal fireworks. Some people have found the slow buzzing sound of thousands of drones at a time as pretty annoying. Some people have an emotional attachment to the traditional system of fireworks as they are deeply involved in public ceremonies throughout different parts of the world.

Like fireworks, the drones can be affected by rain. In addition to this, the drones are even affected by the changes in wind conditions and also temperature variations. If the winds are heavy the drones cannot hold the positions during the shows and changes in temperature cause fluctuations in the air pressure. This also drastically affects the flights of the drones. This is what happened during the Guinness world record display by china in May 2018. The display involved a number of drones falling from the sky due to the wind conditions. This is why many people today still prefer to use fireworks, and probably will continue to use fireworks every year to celebrate.

Now that you know about drones and the possibility of them taking over fireworks with light shows, you can see how this is a possibility. Even though it would not happen for a long time, and probably will never happen on a consumer level, this is something that is extremely fun to think about, and for major shows, could easily be something in the future that you will see more of happening.