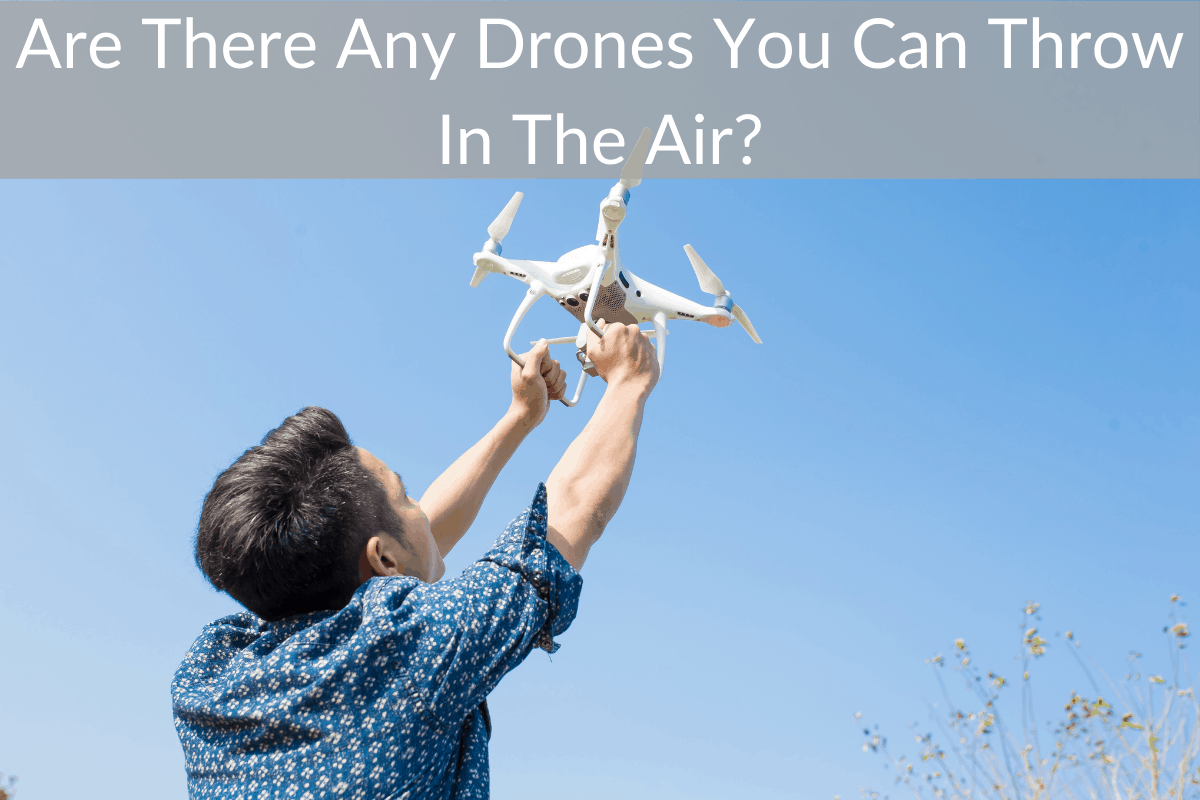 When you go to look for a drone, there are many options available. Some of these options are super cool, but you will have to decide if they are something you want. Maybe you are looking for an easy drone for a beginner, or maybe you are looking for a drone that can do flips. There are also drones available that can fly super high while others fly extremely fast. There are small drones that fit in the palm of your hand, and drones that can carry as much weight as a human. Even with all of these different types of drones though, there is one specific drone that stands out above all the others. These are self starting drones.

Although most people do not know this, there are drones available on the market today that will automatically begin to fly if they are thrown in the air. Not only that, but you can even just throw the drone and keep going with what you were doing and it will follow you. These drones are super convenient for anyone who is into any outdoor sport.

Although some companies have promised to give the market drones that fly when thrown in the air, the Lily drone company was the first to make an amazing push into the future of the drone industry. Not only did they promise this, but they also created the first throw and go drone.

Today though only a few companies produce such types of drones, but the best company is Snaptain.

The SNAPTAIN SP310 Mini 4-axis aircraft series is a throw-and-go beginner toy drone essentially made for kids. Its advertised main playful features are 3D flips, altitude mode, and the headless mode. We also have one key takeoff mode, which gives you more choices to start your flight experience. Other controls include one key return and a speed switch for various speeds this flying robot offers. It comes with a very useful user manual for those who like details. The manual is also written in different languages. As a bonus detail, the company tells you how to return the drone in case it does not satisfy you.

What’s inside the box?

After purchasing this flying machine, you notice that this throw and go mini drone comes with its batteries needed to fly already in the box. The controller has two altitude holds with a great joystick feel. Snaptain made sure that the whole controller got labeled, so users easily found their way around it. This drone is super fun to fly, and it is also extremely easy to learn how to fly.

The power of the drone

This drone has given users a great rare treat when it comes to power. It comes with three batteries which are a rare feature in toy drones. This means you have triple the flying time, thus more fun for users. The package comes with extra gear as well. There is a charging cable that can charge two batteries at the same time. The landing gear also comes in the package as well as extras screws to attach them. The extra bag also has prop guards for flying indoors. You will also find that SNAPTAIN has covered spare parts for each necessary component of the drone. Note that they don’t offer AAA batteries for the controller though within their package.

Related Post  How To Know If A Drone Is Stolen?

The SNAPTAIN SP310 Mini drone has a bulky feel to it; this makes it take on the professional look. It has the LED light that pivots as well. When you see the light, it means you are front-facing thus services for orientation. You have to install the feet on the mini drone though as they come in a bag of accessories. When attached they look like those of a big camera drone. You can also attach the guard props and the propellers come color-coded giving it a fashionable look. The whole look and feel of this mini drone gives the user a sense of coolness which is a huge point for SNAPTAIN drones in general.

The controller of this SNAPTAIN SP310 Mini drone is designed with no screws holding in the back. On the front we have two main altitude holds in front with a joystick setup. On the back, we have the 3D flip button and the speed button. Next to the altitude joysticks, you have different trends and mode buttons. All these buttons are labeled and easy to spot.

A cool feature of this controller is that its drone can fit inside. There is also plenty of room on the flip side of the controller. There is a sliding door that closes a spare compartment where you can put some gear if needed. One of the downsides of this design is that you have to remove the legs of the drone each time you want it to fit in the controller. Note that there are other two extra storage compartments for the legs and other things like the battery. There is also a screw protected AAA battery tray that is easily accessible.

The mini drone can fly both indoors and outdoors, but it’s much safer and fun to play with it outside. When you take this mini bird for a spin, the first thing to do is turn on the drone itself with the on/off button on its sides. The flashing LED lights will tell you that it’s powered and ready to go. The next step is turning on your controller, throttle up and down. You will notice the LED on the drone become steady to mean that it’s connected to the transmitter.

After all these checks, you can turn on the speed and toss it in the air and it will fly on its own. Though it’s not an incredibly fast flier, it’s great for beginners as it is very easy to fly. There are interesting features like its altitude hold which enables the drone to hover at a fixed height. The subtle adjustment of the drone with trimming buttons makes its flight more controllable. In a nutshell, the enhanced stable performance helps kids and beginners enjoy the fun of flight at ease.

For the size of it, you will be amazed at how it can handle the winds outside. Its color and popular look make it easy to spot. The SNAPTAIN SP310 is a mini throw in the air drone and definitely will be a marvellous way to start your drone journey as a beginner. For drone lovers, this one is an amazing product as advertised, and has a variety of features you can have fun with. Not only that, but now that you know all of the different features of the drone, you can clearly see why so many people love this drone.

The most popular part about this drone is the fact that you can throw it and go which makes it unlike almost any other drone on the market today. This drone is something that once you own it, you will not want to ever give it up.