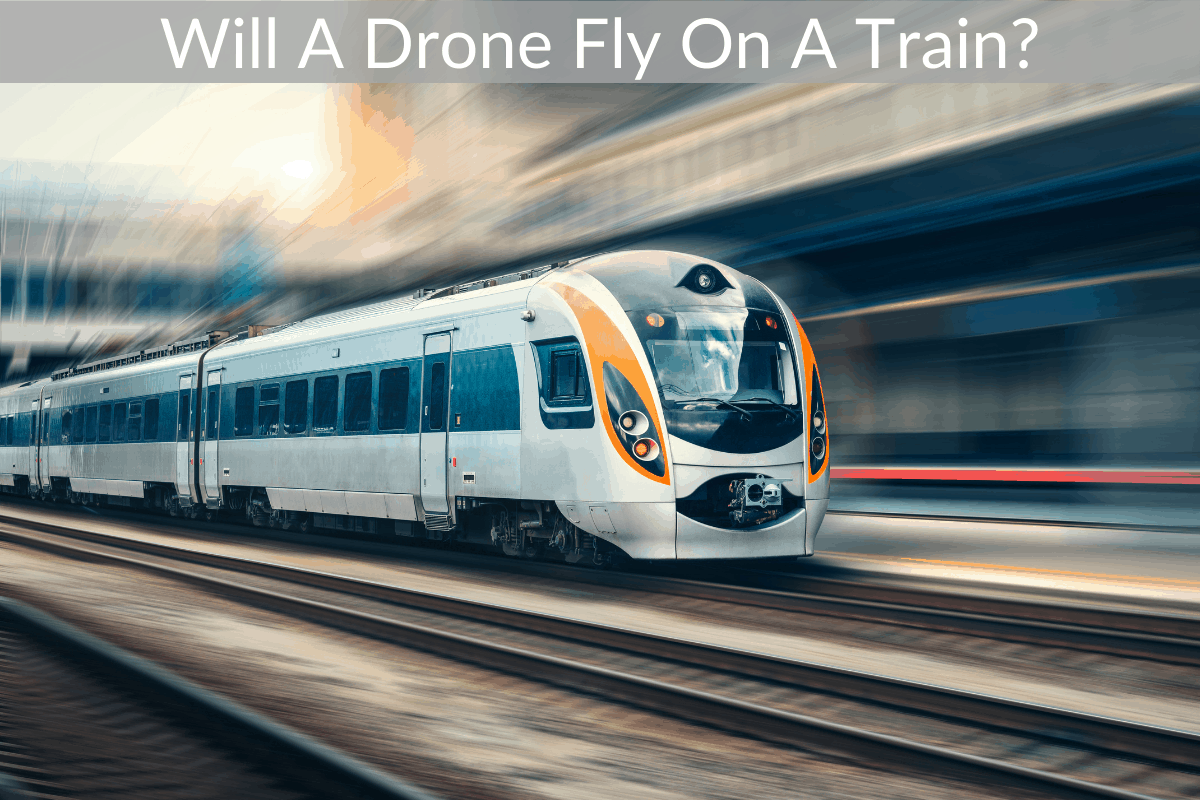 So will a drone move on a train?

If you want to see some of our top drones that we love, you can find them by clicking here.

If you want to know more about flying  a drone on a plane, you will want to keep reading this article.

What is a drone?

A drone is an unmanned aerial vehicle that can be controlled from a distance using a remote controller or computer software. It is one of the smartest inventions of the modern innovative world. A drone continues its flight using three important components. The first one is the drone itself. The others are a remote controller and the mobile device. A drone can be flown anywhere except a vacuum based on its quality. It can be flown inside a running vehicle like a car, train, bus, etc., but the movement of a drone in a vehicle is still restricted for certain conditions. If it is flying in a hover mode then it may be possible to run a drone inside a moving vehicle unless the windows are down.

Drone movement in a train

You can fly your drone in a train; however you should keep it stationary following some instructions. You will need to think about some important things to keep your drone safe from being crushed inside a train.

Related Post  Are Drones Noisy? Plus See The 3 Quietest Drones In Action!

Let’s look at how we can move a drone inside a train and how to keep it safe.

Related Post  How Long Does It Take To Charge An RC LiPo Battery?

Keep a drone hovered inside the train

Hovering inside the train is not a simple task, but if you do so, then you can fly your drone inside a train. A drone uses its propellers for propulsion and control. The rotors are like a fan of an aircraft. Because they work in the same way as the fan, they push the air down and help the drone to fly. To hover, there is a scientific fact that should be followed. The net shove of the four propellers pushing the drone up has to be equal to the gravitational force pulling it down. At that time, the equal upward force and the downward gravitational force will keep the drone in a hover mode.

You can hover a drone for a long time as the motors will not need to be at full capacity making the battery last longer than normal. This is how hover mode will help you to keep your flying drone stationary inside a train.

As the drone is an unmanned aircraft, you can reduce your workload by keeping it in several modes. Those can be classified into three special categories. The first one maintains the position vertically and laterally. The second category mode controls the orientation of the multi-propeller concerning the pilot position. The third one includes failsafe modes. Some of them are manual mode, altitude hold, GPS position hold, auto or waypoint programming, normal orientation mode, free orientation mode, switched return-to-home failsafe, auto return-to-home failsafe, the takeaway mode and so on. These modes can help or harm you flying in a train depending on which mode you pick.

Now that you know you can fly a drone in a train, and you can also have fun while doing it, you may want to give it a shot. You will need to be away of what mode you have it in though, and make sure you do not have it in a mode that will make your drone crash as soon as it takes off.